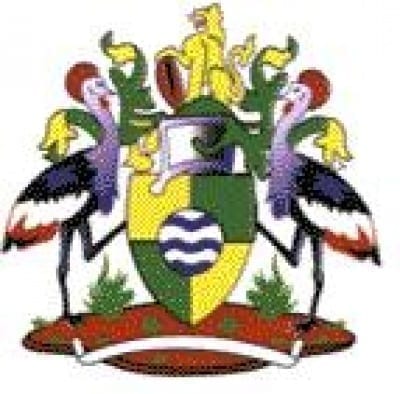 The Kenyan government is under sharp focus over the weekend demolitions in Syokimau. It is now emerging that the titles held by the home owners were issued by the lands commissioner himself, amid growing public anger over the action.

The well-organised fraudsters use existing deed plans — documents showing location and divisions on land — to tamper with records at the Lands ministry.

The cartel is behind the runaway cases of people buying land belonging to other people.

Investigations by the Saturday Nation following the Syokimau demolitions that saw Kenyans lose millions of shillings in investment found the racket is countrywide.

Once the racketeers identify a piece of land they wish to “sell”, they alert their contacts at the Lands ministry who prepare a parallel set of fake documents which they use to dupe their victims.

A victim of these murky deals whose land was sold without his knowledge, said the racketeers are so meticulous only a keen eye can detect the fraud.

The fraudsters scout for land that has recently been sub-divided.

They usually start their scavenging at the Nairobi City Council where they scour records for details of land transactions that have been approved, including sub-divisions, by town planning committees.

Armed with this information, they forge letters purporting to be from the council indicating an approval, complete with dates and the plots that need to be sub-divided.

The information comprises minutes of town planning committee meetings and sub-division of plots published in a book that is open to the public.

The forged letters, however, will have different land reference numbers. For instance, if the block title was 54/784, the racketeers could indicate their land reference as 54/256.

The racketeers also ensure that they include the exact date the Commissioner of Lands approved the sub-division. This is allegedly done in collusion with officers in the Ministry of Lands.

Because the original title deed ought to be surrendered, the racketeers generate plot numbers different from the original ones.

What helps them, however, is that the part of the title block numbers for the genuine plots will have changed. The number 54 and the new numbers is what remains— say 54/89-320.

This can easily convince buyers who do not make thorough investigations when acquiring land. The conmen do not stop at that.

Cases of one plot having two or more owners abound in Nairobi and elsewhere and such people are caught by surprise when they find someone else fencing off their plots.

Two or more people will insist that they bought the plot and each one will produce a title deed — albeit fake ones. Lands Commissioner Zablon Mabea admitted that many people had fake title deeds.

He blamed the rampant scam on reluctance by land buyers to conduct searches and verify ownership of a piece of land before they part with their money.

“The fraudsters fleece Kenyans by making them believe the titles are genuine,” said Mr Mabea. He said the ministry had information about the criminals’ bases in different parts of Nairobi.

“It is just a matter of time before we pounce on them,” said Mr Mabea. He warned land buyers against relying on lawyers for their searches, claiming busy lawyers delegate that responsibility to their clerks, some of questionable integrity.

“Busy lawyers will send their clerks, and in some cases, the clerks will share the details of the plot with the fraudsters who will prepare similar titles. It is only prudent for a buyer to spare the time to go to the ministry personally,” he said.

Mr Mabea also said some racketeers identify a plot, conduct a search on it and then forge the titles. Such plots end up with exactly similar details as the original.

Kenya Land Alliance chairman Odenda Lumumba said cases of double allocation and corrupt entries in the registry were rampant and asked what Lands Minister James Orengo was doing about it.

Mr Lumumba traced the problem back to 1999 when people who were allocated land transferred it to new owners before developing it.

This was after the government permitted the transfer if owners paid 2.5 per cent of the land’s value. This practise was banned when the National Rainbow Coalition took power in 2003.

But given this week’s demolition of houses in Syokimau near Athi River, land officers have clearly been violating the law by allowing allottees to transfer undeveloped land to buyers.