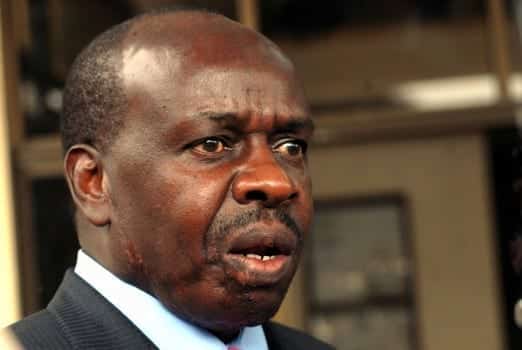 Naivasha MP John Mututho has declared that he has tabled a bill in parliament to prohibit consumption of alcohol two days before the General Elections, during Elections and a day after Elections.

Mututho is popularly known for the enactment of the Alcohol Control Act 2010 which imposed an alcohol consumption curfew, before 5 pm on weekdays and 2pm on weekends.
Mututho said that voters will make more stable decisions if they face the ballot box sober and will be less influenced by politicians.
More Related Stories
NEWS

Elections over, IEBC focused on ‘other things’…

Naivasha constituents did not take the announcement easily as they said that if the law is passed, bars and hotels will end up losing millions of shillings.
According to the Naivasha Bar Owners Association Secretary General, Joseph Mwangi, sales of alcohol during Election period are usually at their peak.
He said, “we have been forced to lay off so many people as a result of the Mututho law and election time is the only time that we expect to recover some of these losses as many people are expected to drink as they relax.”
The association’s members pointed out that the problems that occur during elections are not usually caused by drinking alcohol.
Mwangi added, “drinking does not affect the decision to vote, any person who drinks to the normal standards regulated by the government is able to reason well.”

ICC will lock out some MPs

VIDEO/PHOTOS: 32 people killed in the Patel Dam tragedy in Nakuru