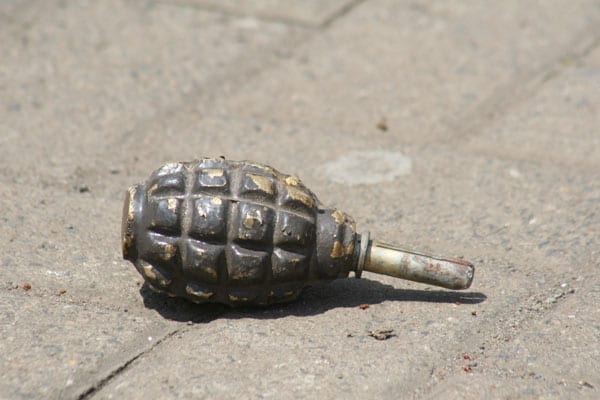 MOMBASA, Kenya, Jun 24 – At least one person was killed and several others wounded in a hand grenade attack on a bar in Mombasa on Sunday, a day after the US embassy in Kenya warned of an imminent attack on the city.

“The attack occurred at about 10pm. One person has died and we have three others seriously injured,” Coast Provincial Police Officer Aggrey Adoli said.

“Many people have been injured, I saw one area of the bar blown off before I started running away,” said a witness George Lado who resides in the area.

“I wish I had a nice phone with a camera as I could have taken good pictures as events unfolded.”

The incident occurred at ‘Jericho Bar,’ a joint frequented by locals, some seven kilometres north of Mombasa island.

The attack came barely hours after the government wrote a protest note to the US embassy in Nairobi over the advisory it issued to its citizens Saturday against traveling to Mombasa.

“It is a reckless advisory and it was totally uncalled for,” Acting Head of the Public Service and Secretary to the Cabinet Francis Kimemia told a media conference in Mombasa on Sunday.

He termed the advisory an act of “economic sabotage.”

“It is aimed at sabotaging the country’s economy,” he said, at a press conference where he was accompanied by Tourism Minister Dan Mwazo.

In the protest note delivered Sunday, Kenya made it clear it wants the advisory reversed.

“We have written to them to reverse the decision,” Kimemia said, adding “The government has the capacity to contain the terror threats in our country.”

The decision was taken after some hotels in Mombasa reported that they had experienced cancellations from tourists, raising fears the trend was likely to continue thus hampering the country’s economy.

The US issued a travel advisory to its citizens on Saturday following intelligence reports of an impending terror threat in Mombasa which it said was likely to be experienced until July 1.

“This is to alert all US citizens in Kenya, or planning to travel to Kenya in the near future, that the US Embassy in Nairobi has received information of an imminent threat of a terrorist attack in Mombasa, Kenya,” the US advisory said.

“All US government travel to Mombasa is suspended until July 1, 2012.”

France’s embassy in Nairobi also warned its citizens to be “extremely vigilant” in Mombasa and the surrounding area.

Since Kenya invaded southern Somalia in October 2011 to help oust Al-Qaeda-linked Al Shabaab insurgents, it has seen a wave of grenade attacks and kidnappings of foreign tourists blamed on the Shabaab or their supporters.

Meanwhile, Vice President Kalonzo Musyoka assured Sunday that the country’s security forces were on high alert to ensure the country does not suffer any terror attacks.

He called on foreign countries to be sensitive to Kenyans interest while issuing travel alerts against the country noting that they were hurting the country’s economy.

In an apparent reference to the US advisory, the Vice President asked tourists intending to visit the country to ignore such alerts and continue with their plans without fear.

“As a country we cannot allow even for a minute to be held at ransom by claims of terror threat. Tourists should ignore travel advisories and visit our country,” he said at a church service in Kathiani.