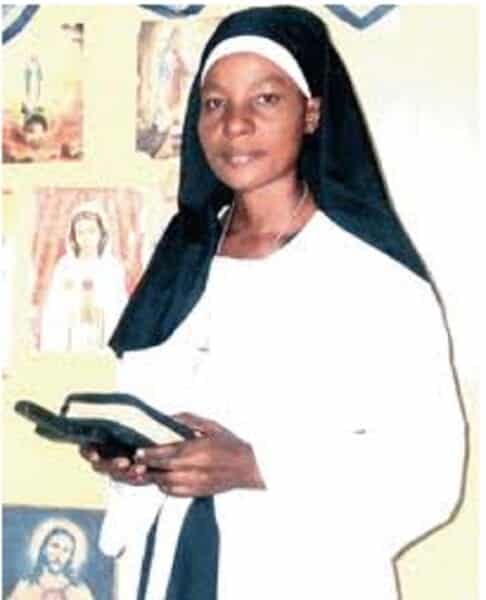 “Pray because only God can save us from these nasty eventualities that Kenya is currently facing; if we do not pray then the country is still going to face very tumultuous times.”

These are the words of Josephine Nyaboke, the soft-spoken prophetess who earlier this year predicted that Kenya was going to see some prominent leaders lose their lives.

Nyaboke in her ever humble way smiles at every question asked and says that there are sceptics who scoff at her foresight but this has never worried her a bit because people cannot be forced to believe God’s word;

To her the only principle is, “tell is as it is not as people would want to hear it.”

Recently when a chopper carrying Internal Security Minister George Saitoti and his assistant Orwa Ojode went down killing both leaders and four other people on board some argued that Nyaboke’s prophesies had come to pass. The Standard therefore sought to see if there is anything that the country should know and she had a lot that she believes Kenyans need to know.

VIDEO: Uhuru hints he may not Endorse DP Ruto in 2022

Nyaboke had prophesied that Kenya would lose prominent people this year and many more unless the leadership turned truly to God, as well as all citizens of this nation.

Nyaboke had predicted that she had seen who would most likely lead this country after the next general election. She had prophesied that the person would have a very rough time and stiff opposition. This leader she prophesied is one who realises his mistake and turns around quickly just like King David in the Bible – he retracts unfavourable statements fast leaving people confused often what his real stand is yet in this lies his strength according to the prophetess.

“Friends will run away from him and he will remain as if his standing alone but he just has to do one thing – pray hard and turn to God because the leadership is being handed to him,” she says.

Surely, that can be anybody but Nyaboke narrows down and says that she sees a heavy hand of the current leadership in those trying to deny the person she has mentioned the mantle. She states that while one of the leaders has sought to also lead the country, he started too late and has no support base on the ground which in her she portrays as a man who flew so high and had his legs cut as he tried to come and land back on the ground. This has made him unable to stand.

Nyaboke says, “This leader cannot stand on his own because the ground is not with him and try as he might, there is no way he can make it to the throne.

Rather than making a big fuss about who will take over as the new president after the next election, Nyaboke points out that Kenya is currently undergoing turmoil because of arrogant and greedy leaders. She argues that most of them feel that they can make it on their own.

“These leaders are very proud and have no respect whatsoever for God and this is what will continue causing problems in this nation. Unless we really turn to God starting with our leaders,” she exhorts.

She foresees much problem in one part of Kenya which she sees having external interference hence an agitation. This vision she received last year and says that if the government does not act tough and decisively then the problem in the region might get out of hand and become uncontrollable.

She also tells of a government which does not know how to keep secrets and this could be a great undoing as State secrets spill over to the wrong people. She says that the she saw a vision whereby people sell government secrets for money.

The church has not been spared in her prophesies when she says that love for money has compromised many faithful into being uncritical in their outlook towards leaders. Nyaboke observes that many church leaders are corrupt and have used their money to intimidate the flock.

She laments, “the congregation in many churches fear to criticise their leaders because of the financial consequences that come with it – the leaders wield heavy economic muscle that nobody can touch them; it is this very wealth that they use to intimidate worshippers.”

In her visions she has seen a true man of God in one of the mainstream churches who can speak with authority and who people can take seriously. She says that the leader is humble and has in the recent past suffered massive loss but still remains true to God.

Baffling in her list of prophesies is one business that has grown and is leading to more deaths – the making of coffins for display. She says that God is faithful and gives what people ask for, Therefore if people make coffins as seen in every street corner, then people are asking God to let others die so that they can get business and so God brings death.

Her solution to this is one: “Let the coffin be made after a person dies because right now we have welcomed death, hence the myriad deaths we are witnessing through accidents and other disasters.”

Nyaboke states that those who would want to listen should hear what she has to say as she prays for the sceptics that they might change and give her prophesy time to pass and she is strongly convicted that they will be confounded.

“Repent and let God restore this land,” cries Nyaboke in her modest abode in Nairobi’s Eastlands.