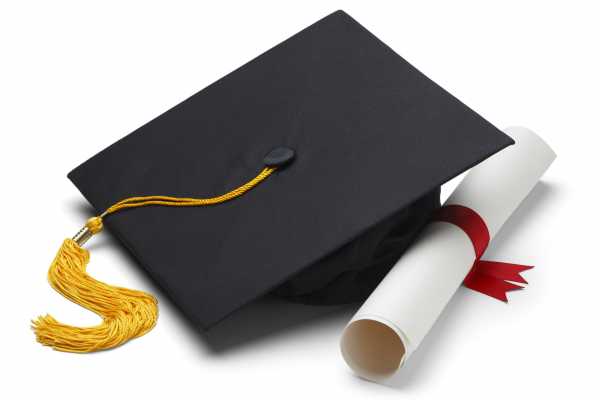 The Dangers of Attending Unaccredited University. In Kenya and indeed most countries in Sub Saharan Africa (SSA), private universities have been mushrooming at an alarming rate. The high rate of unemployment especially among non degree holders has emboldened many families to take loans or sell their properties to ensure that their children obtain quality university education. Employers have also raised their benchmarks as most give priority to holders of higher degrees. In this context, Nairobi has become a beehive of activities in the evenings with professors and students running to the classrooms. However, the question that arises is what is the quality of education that everyone seems to be in a haste to acquire? Who is responsible for ensuring that students get full value for their money? Are their standards and benchmarks put in place by the government to make certain that university education is not just a quick way of for businessmen to make quick money but adds value to the graduates and the community at large?

The American government takes accreditation of higher education very seriously. Universities that are not accredited are by law supposed to indicate that fact on the home page of their university website and share that information with all prospective students so that they can make informed decisions. Perhaps, this is one of the principal reasons that the United States has many of the most prestigious universities in the world, and one of the most robust public and private educational systems in the world.

In Kenya, the Ministry of Higher Education Science and Technology (MoHEST) has entrusted Commission of Higher Education (CHE) to ensure accreditation and quality of higher education. Much like an inspector’s seal of approval, CHE is supposed to accredit universities and lets people know if they should have confidence in a college or university before enrolling or before authorizing tuition assistance from the government. Is this what is happening or is there is leniency and favouritism where some universities are allowed to conduct classes before they get accredited? If so, does CHE require such institutions to let prospective students know about the unaccredited status and its implications?

Accreditation helps employers, prospective students and the general public in identifying quality educational institutions. Few students or companies have the resources or time to investigate the rapidly and haphazardly mushrooming educational institutions operating in the country. As such, CHE is mandated and obligated to do the work of consumer protection and quality identification on behalf of all Kenyans. CHE is funded by the government to provide a free public service to the nation. How truthfully does CHE exercise its mandate?

Accreditation is important for many reasons, and the most important are: protecting the public from fraudulent diploma mills, helping students select institutions and programs that meet standards of academic quality and ensuring that colleges, universities and schools remain among the finest in the world. How is Kenyan education rated in the world?

The other category of private universities is foreign based universities that have opened branches in Kenya. United States International University (USIU – Africa) was associated with USIU, San Diego, California. USIU Kenyan branch was opened in 1970 but the university has since received a charter under the Kenyan government and grown tremendously. Following the footpath of USIU is California Miramar University (CMU), which was previously known as Pacific Western University (PWU), Los Angeles, California. Pacific Western University is not accredited and degrees are not recognized in the US. It has campuses in Hawai, China, and Hongkong. It is not clear the relationship between CMU in San Diego and PWU.

Under such circumstances, it is important for CHE to help students know how to recognize and avoid “Diploma Mills” and “Accreditation Mills,” which can be harmful to a student’s educational journey and make it difficult for students to reach their career goals. As such facts about accreditation and associations with questionable intuitions should be a priority before any college or university is allowed to recruit students to ensure that basic level of education provided at the institution and to make certain that the degrees obtained will be globally accepted as a true achievement. There are incidences where employers were forced to fire employees of reduce the salaries of staff based on their degrees from PWU.

Recently, Kampala International University (KIU) failed Kenya quality test. The investigated let to the realization that KIU one of the most popular universities in East Africa is not accredited, according to the Commission for Higher Education (CHE). This meant that thousands of Kenyans who graduated from Kampala International University (KIU) were awarded qualifications not recognized in Kenya. Interestingly, three of the applicants for the posts of Inspector-General of Police and deputies were disqualified because their certificates from KIU were not recognized by CHE. If an institution is not chartered, any papers from KIU cannot be recognised in Kenya and therefore not qualified according to the Kenyan standards. The National Council for Higher Education (NCHE) of Uganda stopped KIU from awarding the PhDs on the eve of its graduation ceremony because the institution did not have the capacity to pass out such degrees. The question is whether accreditation bodied should be waiting until the eve of graduation to crack down on such illegal institutions after students have spent their lifetime savings on education that is not recognized?

CHE Chief Executive David Some advised Kenyans to conduct background checks before they enrol in the institutions. I contest that such advice is not enough by itself. CHE has the obligation to inform parents and prospective students about the status of accreditation. For example, CHE should have on their home page all the institutions that are accredited and the ones operating without accreditation. If CHE does not have such information, one wonders where CHE’s CEO expects students to find the information. From the Police? Ironically, the uniformed personnel are among the Kenyans who fell in the trap of KIU.

The government, under its long-term economic blueprint Vision 2030 have a huge responsibility to ensure that institutions of higher learning produce quality manpower. The parliament is in the process of legislating stringent measures for institutions that provide degree courses without accreditation such as 10 million fine or jail term of 5-10 years. It is the job of an accreditation organization to review and audit programs in colleges, universities, and other institutions of higher education to guarantee quality and improvement efforts if Kenyans are expected to compete for the global job market.

As more universities open their doors for Kenyans students, it is important for the government not to relent but rather make sure all accreditation requirements are followed to the letter. Any money collected from the student before university is accreditation and without informed consent of the student should e treated as a fraud and a criminal offense. Parents and guardians should be vigilante before enrolling in any university. It is important o call the Ministry of Education through CHE and to find out if the college or university is authorized to operate in Kenya before you drain your investment. Remember the employer will not recognize your degree or diploma if you acquire from unaccredited university.

The author is an education consultant with UNESCO, currently based in Zimbabwe