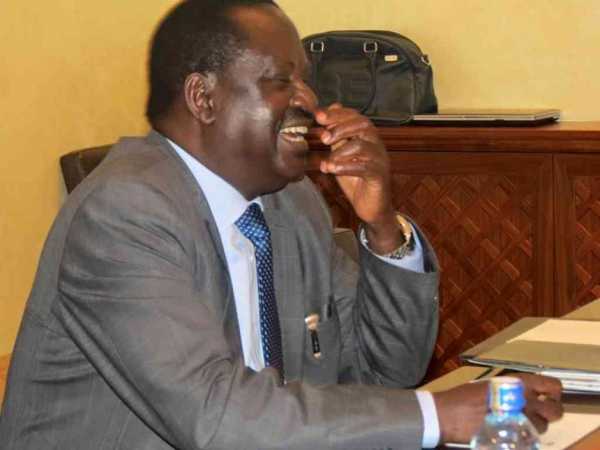 Kenyans have become quite the writers as they continue addressing their grievances to various political leaders through open letters. Whether the recipients get to read to them remains to be seen but it has been worth the effort as social media has played a big part in spreading them.

Let me start by making you aware of my genuine feelings for you. I don’t like you. This is absolutely nothing personal. I do not like any Kenyan politician.

Be it you, your allies or your opponents. Every single last of a human being otherwise known as a politician.

Politicians inspire me to indulge in great amounts of cynide. I have everything against politicians. I completely dislike them. And oh yes, this includes the president and the entire government. I DON’T LIKE YOU.

Having set the record straight about my dislike for you and every other politician, dead or alive, I have to tell you that I just learnt that you declared 7/07/2014 a public holiday. To everyone else, this is stale news.

But I just learnt about it because I am always behind in everything. I learn or hear about things long after everyone else has even forgotten about it. I lag behind like that. See, even when yo throw a Kitendawili, I’ll get the meaning a few months later (this means I have plenty of them to catch up with). And it’s not my fault, it’s genetic. I have a slow mind. And sadly, humanity has no choice but to deal with it.

Now, whether you are constitutionally allowed to randomly declare whatever day a public holiday or not, I have been having several moments of confusion tormenting my very existence in a quest to find detailed and understandable answers to a question like :

What exactly is the purpose of this holiday? I need to know so that I can prepare accordingly.

The way people wear dresses and shirts whose theme is our national flag and sing very emotional patriotic songs on, say, Madaraka Day (which is a public holiday), I’d like to know exactly what I’m supposed to wear and sing on this particular public holiday. I do not think I want to be embarrassed and feel out of place when everyone else is wearing a Soko Ugali costume singing “Soko ugaaali…” whilst I’m there in my Pampers costume enthusiastically singing “Ooone Pampers…”. Or another like:

When you say that none of us should (go to) work on this particular (public holi)day, could you be so kind as to explain WHY exactly I shouldn’t go to work? If I won’t be working, then what will I be doing? And where will I be doing it? And why will I be doing it? Am I not gonna go to work because you’ll pay my household a visit with a few sackfuls of foodstuff? I’d like to know
so that I can maybe clean my house and maybe take a bath and maybe dress appropriately as I await your visit. My house is not suitable for people of your high calibre, but I’m sure you wouldn’t mind sitting down on a dirty, worn out mat just outside my house. Which is one of my very valuable belongings, by the way. Ofcourse I’d expect you to really appreciate that because I’m not usually that generous, especially to people I do not like.

Anyway, since I’m sure you must be very busy doing whatever it is that you do when you’re very busy, I shall not dare compell you to answer these and many other bugging questions. Mostly because you will undoubtedly lie. Politicians are bloody liars. I wonder how soundly, comfortably and contentedly you politicians must sleep at night after a hard day’s work of lying to innocent, believing mwananchi, and even uttering disgusting statements that are meant to divide them. Must be very rewarding, I suppose. So since we have established that I do not wish to seek answers from you because they will all be heavily laced with lies, here are the things I would rather do on 7/07/2014 than perharps attend your rally, or whatever other political thingy that would be happening wherever by whoever.

• Ignore you
• Go to work
• Buy a cat (which, by the way, is a VERY HUGE THING given that I hate cats. But at least it gives you a rough picture about MY priorities)
• Count the tiles in my bathroom
• Take a nap
• Count the thread on the front of my loafers
• Swat mosquitoes
• Watch my nails grow
• Enter into a long embarrassing argument with random internet strangers about the World Cup
• Bleach my skin (although I’m not very sure my skin would get any lighter than it already is. I will try, though).
• Set out on a tour around the nation in a bid to find out what exactly happened to quails and their eggs
• Love my neighbours
• Open a school where I’ll be teaching women to make round (and soft) chapatis
• Procrastinate endlessly
• Open a 2go and Nimbuzz account (which also is a very huge thing because WHAT THE HELL ARE THEY?)
• Eat buttered bread dipped in tea
• Watch a horrible Bollywood film followed by several horrible Nollywood films (huge thing!)
• Play with a very hungry man-eating lion
• Watch the sexual social behaviours of Bonobo monkeys on YouTube
• Listen to Taarab music (huge, huge thing as well)

Sincerely knowing you will never read this and also hoping that I can one day be as rich as you so that I do not have to worry when anyone says I mustn’t go to work,