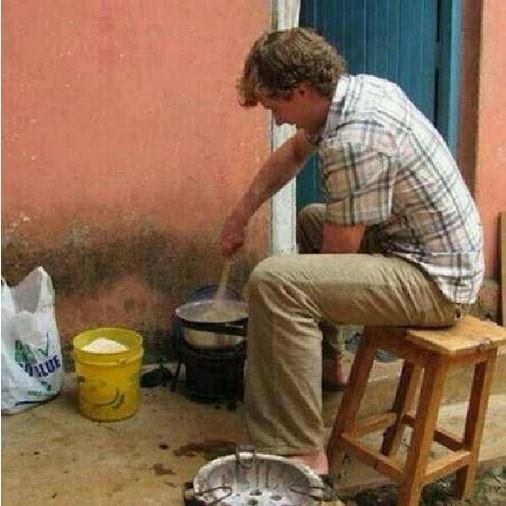 White people in the country are often associated with prestige and loads of cash and it wouldn’t be a surprise that some Kenyan girls would win a marathon if the prize was a white man.

However, there are those Westerners in the country who have been dealt a hard blow prompting them to adapt to Kenyan ways.

With the tough economic times, Ugali is considered the ideal meal to wholly fill up the stomach for the average Kenyan..take it down with a little ‘thukuma’ or fried eggs and you are good to go.

This white guy was spotted in Kibra doing just that..making ugali..something that most Kenyan girls claim not to know. Shame.