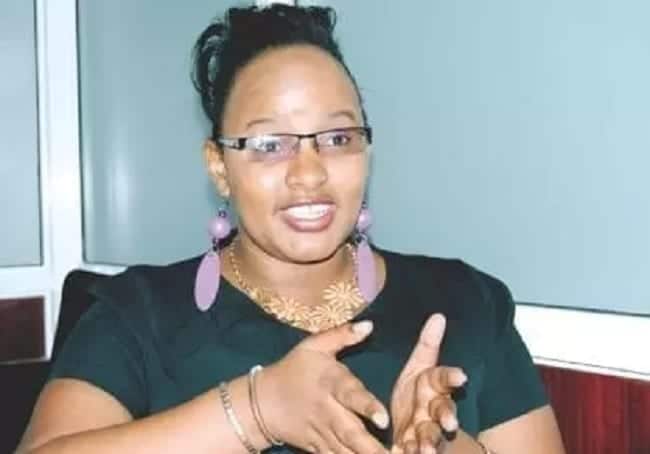 When Rachel Wainana talks about movies her eyes light up and you can almost see her morphing into Kathryn Bigelow, Hollywood’s famous movie director. But unlike Bigelow who won an Oscar for directing the movie Hurt Locker, Wainaina, 29, does not have any of the airs of an accomplished film director.

Wainaina, the CEO of the Film Village of Kenya wants to construct a film village on a 300 acre land in Kiambu County and she has already signed a Memorandum of Understanding with Kiambu Governor William Kabogo.

The project is expected to cost Sh40 billion and Equity Bank has already offered to be one of the sponsors. Despite her charming nature, Wainaina’s journey to where she is today has not been easy. She moved out of her parents’ home when she was 18 years and was even a street hawker at one point in her life.

“I left home at 18 in search of financial independence since my parents were not doing so well and my brother was joining the university. They could not afford to pay tuition fees for both of us. My father also wanted me to be a lawyer and it was hard to convince him otherwise so I left and started hawking to earn a living and raise my school fees.

I raised some money and my dad paid the rest,” she says. She is a self-taught film maker who studied at East Africa School of Journalism and worked for the Kenya Broadcasting Corporation, Narok bureau before she turned to film.

She discovered her passion for film making when one of her mentors the late Rolph Smith who rented out film equipment asked her to film a documentary about his work on an international film set. “I got interested in film making because what I hated about journalism was the reality of the stories I was covering.

I wanted to do something fictional, from the day I went on that set I started focusing on film,” Wainaina says. She went online, learnt more about film making then got involved in cinematography and later ended up as a director for different TV programmes like the Hot Circle, which was a TV game show on Multichoice.

Wainaina has worked on 20 other programmes. Wainaina is working on the film village project in partnership with Ephantus Njenga who is a co-founder and the chairman, Abysew Getahon, Jim Shamoon of Blue Skies films and Billy Kimaki. The village is going to be a one-stop shop for all film needs.

“The project is aimed at improving the Kenyan film industry. It will consist of a film school, four different sound stages, a warehouse for motion capture technology that will take up two acres of the 300 acres. It could also be rented to a film company and will be fitted with proper green screens and lighting.

There’s also going to be a gymnasium, stadium, filming sites like ghettos, hotels, theme parks, art museums and a man-made lake where water movies can be shot,” she said. The village is expected to offer employment to 4,500 people a year.

With her involvement in several international movie sets like White Maasai and The Equator, Wainaina is ready to take the local film industry by storm and set the pace for the film industry. “I researched and realised that Kenya loses Sh80 billion a year to other nations.

This money goes to South Africa, Australia, Germany and the UK for the production of TV commercials,” she says. Wainaina estimates that the film village will recover at least 20 per cent of this amount. Wainaina has made several achievements in the film industry.

Film biz Africa listed her among the top 40 women in film in Africa, she also got an unsung hero’s award presented by former United States Ambassador to Kenya Michael Ranneberger in 2011.

Last year during the Kenya at 50 celebrations she received yet another feather on her cap after she was given the Kiambu heroes award by Kabogo. She says that to improve the film industry in Kenya, the government needs to revise the filming policies, manage film funds better, invest in capacity, especially in the post production facility, invest in digital theatres and streamline the film distribution systems.

Rachel says that if she wasn’t a film maker, she’d be a community worker. “I would involve myself in any project that could help people to come out of poverty,” she says.