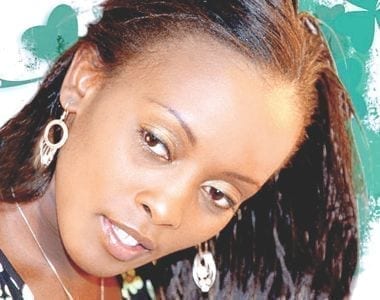 Linda Muthama: I am no longer Nyambane’s second wife;

After 10 years of what appeared to be a blissful relationship, former Tusker Project Fame contestant, Linda Muthama, has announced that she has parted ways with her manager and husband. Linda called it quits with Walter Nyambane Mong’are, currently the Nairobi City County’s Communication Director, with whom she had a daughter. In a surprise twist of events, Linda claims to have seen the light and does not want to be referred to as a second wife. “I was unhappy and lonely,” she said. “Nyambane had to juggle between his first wife’s home and my place. I like to talk and spend time with people. Sometimes he would visit once a week, but in most cases, I would not see him for long,” Linda told The Nairobian. But the comments have raised eyebrows among her pals and fans. Homewrecker

A source close to Nyambane claims that Linda has played well the role of a gold-digger and homewrecker. “Nyambane gave Linda a breakthrough in her career and romance and now she is turning her back on him,” said our source. “Why did she have to go to the media? It’s clear that Linda is more famous for being Nyambane’s wife than even being a musician. Why did it take her too long to realise that Walter was not her ideal man? Her character paints her as a typical gold-digger,” said the source. Nyambane refused to comment on the ensuing ‘soap opera’ only wishing her well. “I’m not going to comment on the matter, but I hope it will help her build on her music career and not be seen as my wife,” said Walter. But Linda claims she now has reservations about being a second wife.

“I do not regret, but I really felt bad every time my position as a second wife offered another woman comfort. I felt like I had set a bad example,” she said. The singer made headlines a few years ago when she admitted to being in a steady relationship with Nyambane and painted a picture of a happy marriage. She went as far as saying she was getting along just fine with Nyambane’s first wife. “We were all independent and so I did not find it necessary. However, if I heard that she was in trouble, I would make sure that I’m there for her,” she said. In a 2010 interview, she described Nyambane as a very intelligent and brilliant man. This was the first time she expressed interest in getting a baby with him regardless of whether the situation would leave her single. “I am very ambitious. Can you imagine what kind of kid that would be?” she had said.

Two years down the line, she was heavy with Nyambane’s baby. In 2012, Linda bore baby Laika, an angelic daughter. Soon after Linda waxed lyrical about their marriage and talked about a traditional wedding with Nyambane, she now confessed to have lied to True Love magazine. The wedding to Nyambane never was. “I was caught up in the moment. It’s the same way I’m talking to you and I might say some things out of excitement.”  Linda who is rumoured to be dating a prominent politician’s son denied these allegations saying that she was single. “Which politician? Is he single? I’m interested now since it seems I have a secret admirer,” Linda, who has since joined the Calabash Band, told The Nairobian.
-sde.co.ke

Beyond the red light district and herbs of Amsterdam, we Kenyans are on trial

Kabuga Video:Did John Allan Namu err this time, who is fooling who