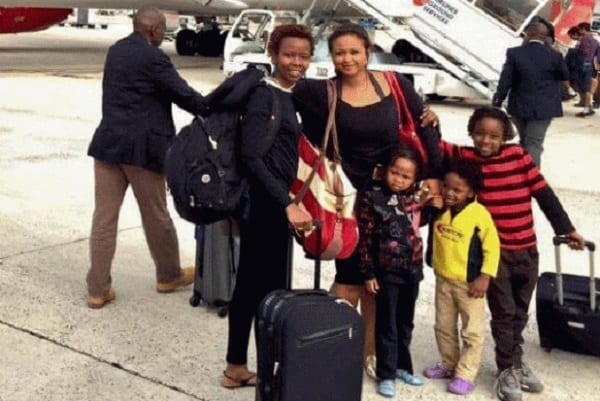 The French Embassy in Kenya has apologized to activist Boniface Mwangi and his family for what they underwent at Paris International Airport.

The controversial activist and his family were forced to spend Wednesday night at the Paris International Airport for missing their flight.

At the time, Mwangi was traveling with his family – including three children – from New York on Tuesday and they were to connect their flight in Paris.

But on arrival at the Paris International Airport they found that their connecting flight had already left because the Delta flight they were using was delayed in New York.

On Saturday, after arriving in Nairobi safely, Mwangi once again took to Facebook to let Kenyans know that he and his family are okay and also to thank them for their messages of goodwill.

“Sharing our story opened my eyes to a hidden injustice, humiliation and unfair treatment of Africans with legit documents in the hands of European countries border police,” Mwangi wrote.

“Thank you Kenya Airways for the great service, picking my family from the plane in Kenya when we landed and ensuring we got home sooner. The French Embassy in Kenya has apologized and offered to give my family visas to visit France. Unless they are paying for that trip,we will not go,” he added.

He further called upon Kenyan writers to consider sharing their travel experiences in a yet to be published book series entitled Traveling with an African passport adding that for a start a blog would suffice.

Mwangi concluded by citing an incident in which the Kenyan government apologized and offered a free trip to an American teenager who had been ‘harassed’ by the Kenyan police for looking like British terrorism suspect Samantha Lewthwaite.

“Air France promised to look into the matter and we are waiting for their official response,” he said.

Photos:Kenyan wedding with a difference

Caught on film: The Rogue Tracker-Is your car safe with this man?