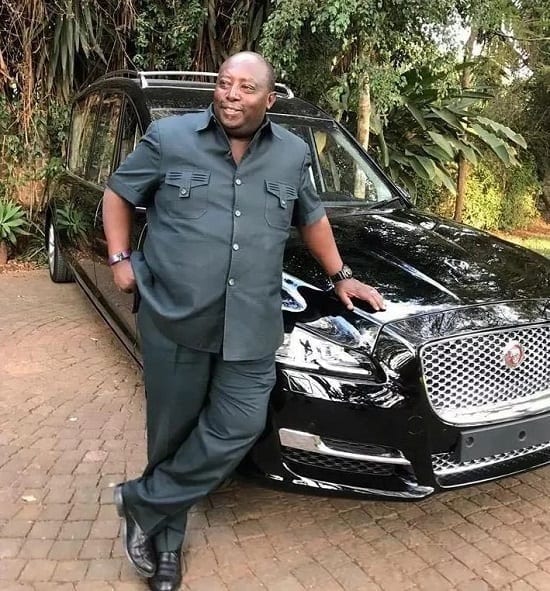 Kenyans have been making jokes how their biggest client, Nairobi Hospital, has come through in a big way these past few weeks. But it appears the only person laughing is the owner of Lee Funeral Home.

With high profile deaths of politicians starting with GG Kariuki, Joseph Nkaissery and Nicholas Biwott in quick succession, business has never been better for Lee Funeral Home. And with the free publicity it receives, it sure does attract many wealthy individuals.

Now, Lee is increasing capacity. For a funeral home founded in 1984, its fleet of hearses was getting old. The oldest is a ‘KAA’ Land Cruiser.

Until their latest buy, their ‘newest’ hearse was a ‘KAW’ – still quite old but very well maintained.

The car was becoming too common on our screens and I’m sure many Kenyans have memorized its number plate.

Now Lee has another addition, and it is as sleek as they get.

The car is a customized Jaguar X7, converted by Wilcox Limousines. It doesn’t come cheap. A brand new one will set you back £125,000 (Ksh 17 million) before taxes.

This just tells you Lee is on a league of its own.

We couldn’t find their mortuary rates, but when charged separately, the hearse costs Sh 65,000 a day. This can be reviewed upwards depending on distance. However, this rate is for the KAW. The new one may come with a higher charge.

What about the connection between Lee Funeral Home and Nairobi Hospital?

Well, when John Lee found the funeral home in 1984, it was a mortuary attached to Nairobi Hospital. So their one way ‘exchange programme’ is not by accident.

In Africa, talking about death is taboo, but clearly this is where the money is.

Tribute to a Fallen Diaspora murdered by thugs: He fought till the end!

Video: Kenyan woman in Qatar blasts those at home for asking her money for outings

DEVOTION: WHICH ONE DO YOU WANT? | PASTOR SHADRACK RUTO