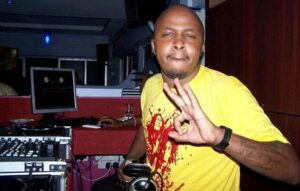 Kenya’s DJ Creme: Popular Kenyan deejay, Creme De La Creme, has found himself in the thick of things in the USA.

The award-winning spin doctor was a really excited chap as he geared up to his performance in Dallas, Texas, next month.

He’s been constantly sharing his American tour excitement with his fans on his various social media forums.

Sadly, sometimes even the best laid out plans go awry, and that’s the current case with DJ Creme.

After all the planning he put into ensuring he would be on time for the gig, he ended up getting snagged by immigration authorities in America over his visa.

Creme, who was scheduled to be in the land of the free and the home of the bold for a month, was traveling on a tourist visa.

However, it has been claimed that someone from Kenya snitched to the authorities that, in fact, he was there to perform.

Since he was there for business, he was supposed to have acquired a business visa.

Business visa is normally the costlier and difficult to get.

The possible course of action in such situations would be deportation.

This usually comes with dire consequences for the offender, including being banned from entering the US for a period of time, or even for life.

If such a fate befalls on the DJ, it will for sure affect his entertainment career negatively.

Last year, Creme found himself in the middle of yet another storm, when his sex-tape leaked to the web.

Kenya’s DJ Creme: Popular Kenyan deejay, Creme De La Creme, has found himself in the thick of things in the USA.