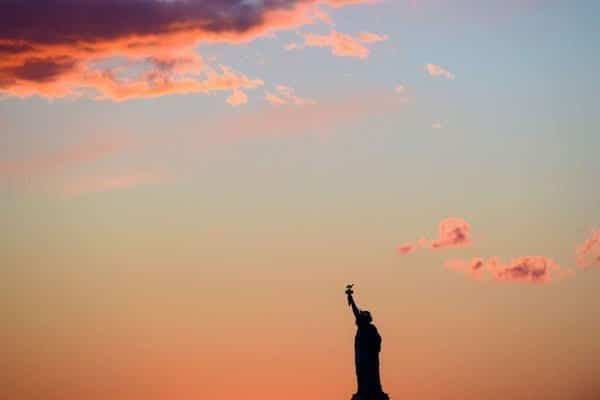 When news about Al-Shabaab bride Violet Kemunto bride broke out last month, the Nation team set out on a mission to locate her home in Kisii County.

A lead took the team to Nyankoba in Kitutu Masaba and Kiomiti in Nyaribari Masaba. It is there that they ended up locating the home of Violet Nyaroka, not her real name. Except she wasn’t Violet. Her story was different.

Nyaroka has been in the US since 2006 and her relatives say she went there on a green card. She later informed them that she had enrolled in a college to study medicine.

In the years since 2006, she has visited her relatives in Kisii only once, back in January 2018, when she came for her mother’s burial. Her father died in 2001. After he died, her grandparents took up the role of funding her education in Kenya.

Her kin told the Nation that they do not know much about their granddaughter’s life or what she does now in the US.

“All I know is that she went to study medicine. We rarely communicate and when we do, it is usually brief with very scanty disclosures. We last spoke two months ago when I was inquiring about some succession issues regarding our parents’ property,” said Nyaroka’s brother.

When the Nation contacted Nyaroka for comment on the concerns raised by her relatives, her response was curt.

“And who are you? Stop threatening me. Where I live and what I do is nobody’s business. Mind your own business,” she said.

Nyaroka is among many Kenyans who reside in the US but have gone quiet on their families, with little known about their lives.

Her case is not unusual, David Ombati, a senior chief in Masaba South Sub-County, told the Nation.

“Many other people from this region have left for the US. How they go and what they do is not known. And with the nature of today’s life where people do not want to be bothered, it becomes difficult to ask questions,” he said.

Cases of Kenyan immigrants in the US failing to return home for decades have left many of their relatives worried, sometimes more about their plight.

According to a 2018 Bloomberg report, there are 120,000 Kenyans who legally live and work in the US.

The figure could be higher when illegal immigrants are accounted for, especially those who go on student or visitor’s visas but do not return when they expire.

But many other Kenyans are stuck in America even when they could be better off here, and some rarely visit or talk to relatives.

Former University of Nairobi lecturer Omari Onyango said various circumstances force some Kenyans to continue living in the US even when it harms their well-being.

“There are those who have tried to find either meaningful employment or a viable business in Kenya before they can relocate. Both are difficult to come by for various reasons,” said Dr Onyango, who runs a successful dental clinic in Los Angeles, California.

Onyango, quoting an unpublished manuscript by Dr Marvin Opiyo titled Stuck in the USA: African Immigrants, said Kenyans who have established families in America find themselves stuck there because academic standards are superior and schools are well-funded and more reliable than in Kenya.

“In regard to employment, Kenya is experiencing a high unemployment rate and so to land a job with similar benefits as is the case in the US is difficult,” said Onyango.

He added: “Those who have tried to start a business in Kenya end up losing large sums of money because of lack of honesty among their relatives. Nobody wants to relocate until they have an ongoing income-generating venture back home.”

Opiyo, who is a teacher in California, says high and unrealistic expectations have landed many Kenyans in the US in trouble.

“The school system in America is not easy. Many people do not understand this system before they start putting high demands on people who live in America,” said Opiyo.

“Kenyans, especially women, enjoy expanded social and economic freedom abundant in the US and, therefore, find no incentive to return to Kenya.”

A story is told of a man from Bomachoge in Kisii County who went to the US ostensibly for further studies. Only death brought him home after two decades in America.

Joseph Omambia, not his real name, abandoned his wife and three children 10 years ago. They are now in college and only see him on WhatsApp.

Their mother, a senior official in a Kenyan parastatal, has been taking care of their children alone.

In another case, when Tom Orina, not his real name, left his parents’ Karen home in Nairobi for the US about 20 years ago to complete his undergraduate degree in business management, he did not know what awaited him.

When his father, a former Kanu operative in President Daniel arap Moi’s regime, mooted the idea that the young man should transfer from the United States International University (USIU-Africa) to a university in San Diego, he was halfway through his studies.

Before young Orina took his flight to the US, his father convened a fundraiser in which millions were raised for his college tuition, accommodation and living expenses.

His father booked his flight to the US and promised to send him the money before he landed in California, saying it would be risky to carry the cash to America.

Soon after arriving in California, Orina found out that his father had not sent a penny to the college admissions office.

His calls went unanswered. His mother, unemployed and dependent on subsistence farming in western Kenya, did not have money to bail him out and soon found himself among the homeless.

US-based Kenyan journalist Peter Makori said that there are many other students from Kenya whose parents sent them to America on the false hope that it is the land of dreams, milk and honey, where everything works out well in the end.

“What they don’t appreciate is that when you come on a student visa, you risk deportation if you’re caught doing any job,” Makori said.

The strict enforcement of the law in the US has seen many Kenyan immigrants locked up.

In November last year, Kenyans living in Minnesota convened a meeting to deliberate on how the community could salvage its badly damaged image.

The meeting took place against the backdrop of an increasing number of Kenyans being imprisoned for engaging in criminal activities.

Makori said several Kenyans, especially men, have been arrested and charged with rape and wife-battering.

In June last year, a group of Kenyan immigrant men met in Atlanta, Georgia, and formed “Maendeleo ya Wanaume” (an empowerment group for men) to rail against women, many of them Kenyans, who allegedly called police on them at the slightest provocation.

A documentary written and produced by Kaba Mbugua shed light on some untold challenges Kenyans face as immigrants in the US.

The film, released in Raleigh, North Carolina, features a number of Kenyans who candidly share their ordeals in the US.

The documentary revealed that many Kenyans, just like other immigrants, struggle to make ends meet.

Challenges have at times led some — especially the young — to fall into bad company, ending up in jail, shelters for the homeless, on a forced flight back home or even death.

The film highlights the misconceptions held by Kenyans about life in the “land of the free”.