President Uhuru Kenyatta’s family has been in the limelight even before Kenya got independence.

His father, Jomo Kenyatta, is one of those who were actively involved in the struggle for independence. Jomo Kenyatta then became the founding president. 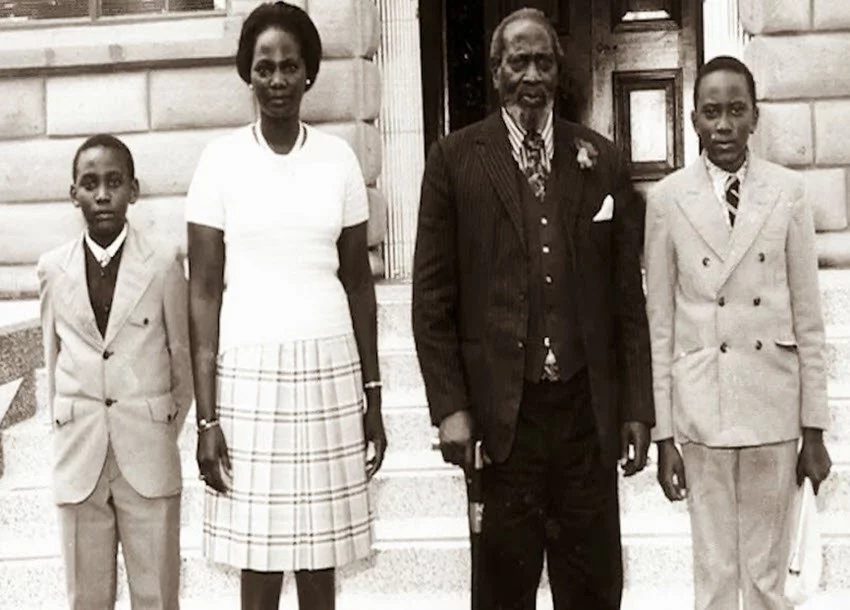 The Kenyatta family is big and some of its members often go unnoticed depite being very powerful in the the country’s affairs.

One of such individuals is Uhuru’s younger brother – Muhoho Kenyatta.

Muhoho Kenyatta is rarely talked about in the media but he is said to be playing a very significant role in his brother’s administration.

According to a report published by the Daily Nation on Sunday, July 3, Muhoho played a major role in ensuring that case against Uhuru at the Hague was terminated.

He even attended a 2014 meeting in which top government officials deliberated on whether Uhuru was to appear before the International Criminal Court judges in person or not.

“Those who know him well say Muhoho wields power which can, perhaps, be rivalled only by family matriarch Mama Ngina Kenyatta, outside the president himself… he is always at hand when strategic political decisions that may affect the Kenyatta family interests are to be taken,” the paper reported.

President Uhuru Kenyatta with his brother Muhoho Kenyatta during a state function in the 1970s. Image: Citizen TV

The Standard had also listed him as one of the power brokers in the Jubilee administration.

“Besides being younger brother to the president, Muhoho and Uhuru enjoy a close friendship…. Those close to Uhuru say that the president-elect frequently consults Muhoho before making major decisions,” the paper reported days before Uhuru was sworn in in 2013.

Muhoho Kenyatta is said to have shown absolutely no interest in vying for any political seat.

Muhoho Kenyatta (3rd row, right) accompanies President Uhuru Kenyatta in some of the foreign trips. Here they were at the UN in New York. Image: AP

He is mostly taking care of the Kenyatta family businesses and interests in companies like: Heritage Hotels, Mediamax Group, Commercial Bank of Africa, and Brookside Dairy.

Muhoho is the Executive Chairman of Brookside Dairy and the Deputy Chairman of Commercial Bank of Africa.

He is a graduate of Williams College, Massachusetts, in the USA holding an economics and political science degree.

INSPIRATIONAL MESSAGE:Pure devotion to the Lord

IT consulting: Majority of Africans in US struggle with low paying Jobs

FUNNY:ARE YOU DATING A PSYCHO?