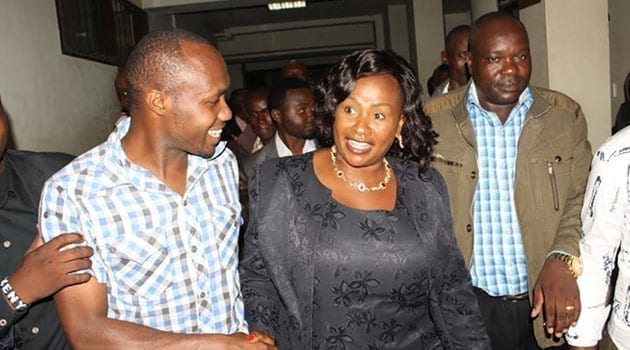 And as such, Judge George Odunga heard, she is not eligible to vie on any seat in the August 8 polls.

Lawyer Paul Nyamodi for the polls body Friday submitted that Ndeti is still a member of Chama Cha Uzalendo and that position has not changed.

According to Nyamodi, Ndeti is not a member of Kalonzo Musyoka’s Wiper following the list of party membership list forwarded to IEBC by March 27.

The lawyer added that having received Wiper’s Platinum Membership Certificate on April 24 when she entered into a Coalition Agreement “the conclusion is irresistible that at the time she was still a member of CCU”.

Arguing that whether or not she resigned from CCU on April 5 is not an issue, IEBC maintained that the same would only be effective “when it is received and delivered by the Registrar of Political Parties.”

Added Nyamodi “there is no evidence that the letter of resignation was delivered and received by the RPP as the law requires.”

Nyamodi further refuted claims by Ndeti that Wiper was not a party before the IEBC to defend its nominee.

“The party was indeed named as a respondent in the matter but it chose to ignore the proceedings,” Justice Odunga heard.

Ndeti is seeking to quash IEBC’s decision to revoke her nomination.

She has faulted the June 8 verdict arguing that it was reached without the electoral body carrying out a search at the Registrar of Political Parties to establish her political membership.

“The process was not fair since no search was conducted to ascertain that the applicant is a member of CCU,” lawyer Willis Ochieng submitted on behalf of Ndeti.

Judge Odunga was urged to find that petitioner Peter Kyalo Kyuli, who is a Machakos County MCA filed his complaint before the wrong forum to determine Ndeti’s political membership.

“The petitioner should have first contested the applicant’s party membership before the Political Parties Dispute Tribunal ,” added Ochieng.

The judge will deliver the verdict next Wednesday.