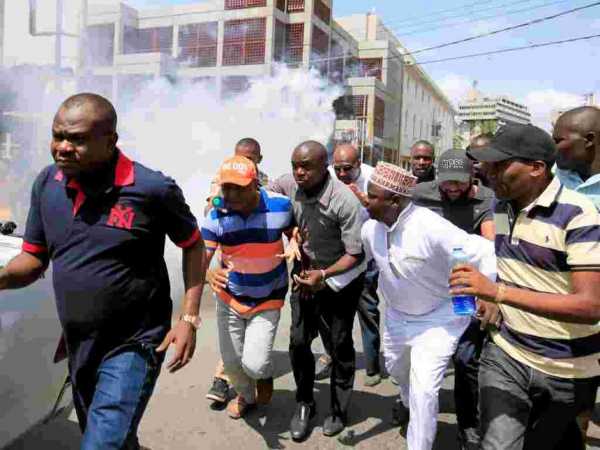 A section of the Somali community in Mombasa has announced it will block NASA demonstrators from accessing the CBD next week.

NASA said its protests will take place daily from Monday but the Interior ministry has banned them from the CBDs of Nairobi, Kisumu and Mombasa.

The Opposition coalition is set for a mega rally in the Coastal county on Sunday. Mijikenda Kaya elders have denounced the rally saying there could be bloodshed.

Community chairman Mohamed Huri said there will be a clash if protesters force their way and noted their businesses have been affected by the street action for reforms at IEBC.

“We control the businesses of Mombasa and its larger economy. Ninety per cent of investments in this county are ours,”  he told journalists on Friday.

Without quoting figures, Huri said they have suffered losses and will not watch as their investments drain.

“We shall protect out investment at whatever cost,” he said.

The chairman said they had a meeting with President Uhuru Kenyata at State House in Mombasa on Wednesday.

He said the head of state called for peace and protecting the county’s economy and assured them of his support should he be re-elected on October 26.

“Our resolve is to support his presidential bid, just the way we did in August 8,” he said.

NASA’s anti-IEBC demonstrations in Nairobi has sometimes been disrupted by the so called Nairobi business community.

Matiang’i warned the government will press charges against organisers of the process including NASA chief executive officer Norman Magaya.

Huri said they support the ban and that they will help police in arresting protesters.

“They (NASA) cannot hold Kenya at ransom. Enough with their theatrics and rhetoric,” he said.

Huri said the Somali community in the Coast region resolved to re-elect Uhuru in the fresh poll.

“Elections must be held on the date gazetted by IEBC. If Raila Odinga feels he will not take part, he can stay aside,” he said.

He added Wednesday’s meeting resolved to form groups at grassroot levels to campaign for Uhuru.