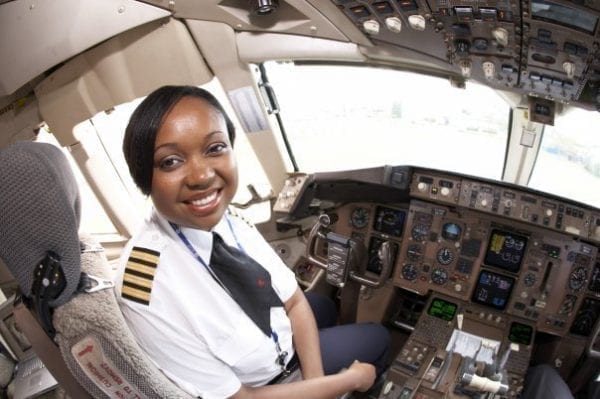 Captain Irene Koki has said it is not yet decided whether she will fly President Uhuru Kenyatta to New York on KQ’s inaugural flight to the US.

There have been reports that the celebrated female captain would fly the Boeing 787 Dreamliner during the maiden visit in October.

She flew the plane from the US to Nairobi during that trip in 2014.

The ultra-long-haul flight, unique to Kenya Airways network, will require four Pilots and 12 Flight attendants as well as 85 tons of fuel each way, making it an exceptional operation.

But via Twitter on Thursday, Koki said the airline has not selected who is going to fly the president.

“Thank you for all your kind words and congratulatory messages. I’m truly overwhelmed but KQ has not yet selected who gets to do the inaugural US flight,” Koki said via Twitter.

She added “It was a press assumption after a media event I recently attended with the US Secretary of Trade. I hope I get the honour though.”

Uhuru will depart in business class from the Nairobi airport at 11.25 pm on October 28.

He will land at the John F Kennedy International Airport in New York at 6.25 am the next day.

KQ has started selling tickets for its maiden direct flight to New York, for which economy class fliers will pay Sh89,000 both ways.

“The airline will operate the Dreamliner with a capacity of 234 passengers,” a statement by Kenya Airports Authorities (KAA) read.

DEVOTION:LET US GET THIS RIGHT!

Sonko former girlfriend claims the senator is not genuine

VIDEO: Grateful for your partnership-You Contributed to Optiven Vision