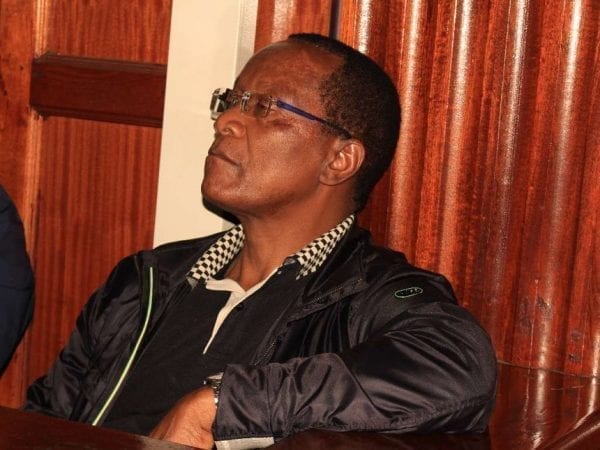 Well-connected cartels in private and public sectors sometimes operate from secluded high-end hotels where they cut deals, get a preview of confidential contract details and decide who gets what contract and at what amount.

During such meetings, rogue procurement chiefs from Government ministries and State corporations are roped in to agree on the cuts, kickbacks and percentage of benefit once deals are sealed.

This is the preliminary groundwork to influence award of the contracts. It is such connivance that has seen briefcase operators without proof of competency to deliver bag lucrative tenders.

Thereafter they sell the bid to established firms at a prime fee, with the loot shared out among the players in the chain.

One such company has opted to negotiate with Ethics and Anti-Corruption Commission for an out-of-court settlement over a Sh800 million tender it won when it had no capacity to supply the commodities.

Not only was the cost of the equipment inflated from Sh308 million to Sh800 million, but the company also sub-contracted the tender to a Chinese firm at a cost of Sh525 million, leaving the broker with Sh275 million for just being a go-between.

A review of recent rulings nullifying dozens of tenders worth Sh500 billion offers a glimpse into how the looting is facilitated by powerful figures in the firms giving out tenders.

Among the tricks used to fleece billions of public funds is inflation of contract sums, tampering with tender documents, using unauthorised junior officers to conceal their identities, and tenders being tailor-made to suit their specifications.

In some instances, one individual registers up to 10 companies and applies for the same tender using different names.

Through collusion with the procurement entities, the same person will get the benefit using a different entity.

Several decisions from the courts and the Public Procurement Administrative Review Board (PPARB) have exposed the corrupt moves which have not spared even women and youths who had some of the 30 per cent Government tenders set aside for them being grabbed.

In the past six months, close to 30 Government tenders estimated to be worth Sh500 billion have been cancelled by courts and PPARB over irregularities, fraud, abuse of process, inflation of prices and disregard to procurement rules.

“There is no prudent use of public funds when it comes to Government procurement. It is either the officers wilfully decide to abuse the procurement process or collude with cartels to decide who will get what from which ministry,” said PPARB, which is chaired by lawyer Paul Gicheru, in one of the rulings.

The most common avenue to loot public funds is inflating the cost by ignoring the lowest bidders and the initial contract price to get a portion of the proceeds awarded to highest bidders.

Last month, the board saved Sh12 billion public funds from being fraudulently used by the National Irrigation Board when the State corporation awarded a contract for construction of Lowaat Dam Project in Turkana at a cost of Sh29.8 billion, yet the project was estimated to be Sh17 billion.

PPARB members Rosemary Gituma, Mr Gicheru, Hussein Were, Nelson Orgut and Paul Ngotho found shocking details of how the irrigation board awarded the contract, including faking figures of the lowest bidder and inflating it to conceal the fraud.

At the Kenyatta National Hospital, a contract for providing Tesla MRI machines was inflated to Sh416 million when the tender sum was supposed to be Sh294 million.

According to PPARB, which cancelled the tender, KNH illegally introduced another cost for maintenance of the machines, which was not supposed to be part of consideration to increase the amount.

In the event that the company of choice has not met the specifications, time is extended for their sake.

This became evident when PPARB cancelled a Sh2 billion contract between Kenya Power and a Chinese company for provision of electricity meters.

According to the board, the contract awarded to ZTE Corporation was riddled with irregularities after Kenya Power illegally extended the period for submitting tender bids to accommodate the Chinese company despite claims that it had no capacity to undertake the job.

The board read mischief and collusion, and wondered why a tender that should have been finalised within 30 days in May, last year, was mysteriously extended in a manner aimed at giving preference to the Chinese firm.

The power utility firm was also hit with another Sh6 billion tender scandal when it tailor-made the specifications for supply of single phase pre-payment meters to suit a Chinese company that had been in operation for less than a year.

The procurement board cancelled the tender, ruling that it was suspicious and illogical to award the contract to Hexing Technology Company Ltd, when it had been in existence for 11 months while the contract required at least 18 months of operation.

Other State agencies go to the extent of blacklisting companies that complain about the criteria and irregularities in awarding contracts.

“The board has had to deal with complaints where companies are required to disclose if they have ever challenged an award of tender and if they disclose, they are disqualified at the preliminary stage and blacklisted,” said the board.

In instances where cartels and cronies of the procurement entities do not meet the specification set out in the tender documents, State agencies cancel it at the last minute and re-tender to lock out any outsider who qualified.

It is such tricks that the National Irrigation Board used to terminate the Sh200 billion High Falls Dam in Tana River when it emerged that its favourite contractors did not meet the tender specifications.

According to PPARB the State agency relied on fake documents, changed and backdated the dates to justify denying Britain-based GBM Projects and ERG Insaat Ticaret the contract.

The Ministry of Agriculture was found guilty of awarding a Sh186 million tender for supply of milk cooling tanks by changing the contract terms at the last minute to suit the successful bidder.

A total 13 companies had applied for the contract, out of which four met the technical qualifications.

To ensure their preferred company got the contract, the ministry introduced a new requirement of proof of workshop, which was not in the contract documents.

Kenyatta National Hospital is one of those said to have awarded the contract for supply and installation of MRI machines worth Sh419 million to Philips East Africa Ltd without following due process.

According to PPARB, the hospital took a risk to itself and the public to acquire equipment without considering its future breakdown or whether it would be supplied with defective machines.

The board found that KNH abused the procurement rules to award the multi-million shilling tender to a company that had not provided assurance of the machine’s safety.

In a bid to conceal their dealings with tender cartels, senior procurement officers in State corporations were found to let junior officers sign contract documents, making the process illegal.

The trend was found to be rampant at Kenya Power and National Irrigation Board.

It is the massive plunder of public funds through irregular procurement that made the Government to suspend all heads of procurement and accounting units in ministries, departments, agencies and State corporations in June.

President Uhuru Kenyatta also ordered all Government tenders made public, including details, costs and suppliers in a move to seal loopholes used in procurement processes.

Video: You are not a curse-God is up to something