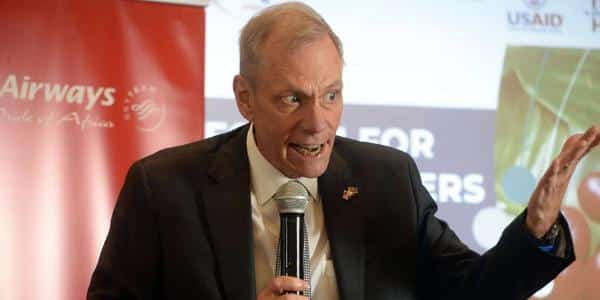 The government will roll out a programme to market agriculture produce as part of an initiative to make the most from the maiden Kenya Airways (KQ) flight to the United States.

In the plan being spearheaded by the Ministry of Agriculture, Brand Kenya and Java House Africa, ‘made in Kenya’ giveaway hampers comprising coffee, tea, leather passport wallets among other things will be distributed to passengers on the direct flight.

However, this is subject to agreement by KQ management.

At the same time, commercials showcasing Kenyan’s tea and coffee will be aired in local and global media encouraging buyers to purchase Kenyan products.

Already video infomercials focusing on tea and coffee in Bomet and Kirinyaga Counties have been prepared.

These infomercials positioning Kenya’s tea and coffee on the world map will also be broadcast on one of the world’s most watched international channel CNN.

Social media activation-digital ads (strip ads) targeted at the US market about Kenya’s tea and coffee will be uploaded as well as branding of Ken-Invest trade and investment forums with banners showcasing Kenya as a “Made in Country tea and coffee.

The national carrier will be launching its inaugural direct flight to the US on the October 28 this year.

These present an opportunity that could propel Kenya forward as the East African hub and increase business opportunities, investment and tourists from the US into Kenya significantly.

“Being granted access to direct flights between Kenya and the United States, this opportunity opens up a wealth of possibilities for private travel and business alike,” a report compiled by Brand Kenya Board and the ministry of Agriculture and seen by the Nation stated.

Previously, flights from Kenya had to layover in Europe in order to access American airspace.

This had opened up opportunities for middlemen to take advantage of exporters, especially those dealing in horticultural produce, thereby cutting into profits.

Sad Video:I will not forsake you Quincy, mother says