A Toronto man whose twins were born via a surrogate in Kenya says he’s hit a roadblock in bringing the newborns home because of Canadian citizenship rules.

“I feel like this happens to people not in Canada.”

Joseph Tito poses with his two daughters, who were carried by a surrogate mother in Kenya. (Joseph Tito / Instagram)

Tito hired a surrogate mother in Kenya, where he found the surrogacy process for a single man cheaper than in Canada.

The surrogate delivered healthy twins on Nov. 30. Tito, who had flown to Mombasa with his mother, met his new daughters moments later.

After a few weeks in Kenya, Tito was making final preparations to fly his family back to Canada. A meeting Friday morning at the Canadian High Commission in Nairobi revealed that it wouldn’t be as simple as he thought.

“Because I’m second –generation Canadian, my children are not eligible for citizenship,” Tito said. 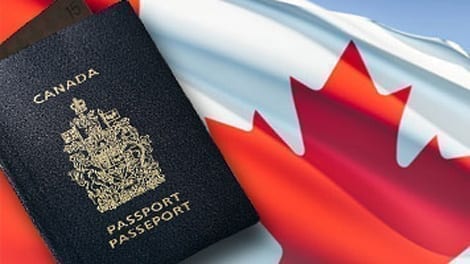 A law passed in 2009 removed the ability of Canadians born outside of Canada to pass on their citizenship to children who were also not born in the country. Because Tito was born in Italy to a Canadian mother, his children are not eligible to automatically become Canadian citizens.

“Before I even started this journey, I looked into this and I contacted the High Commission here in Nairobi, I spoke to them on the phone, I gave them my passport number, I spoke to my clinic,” he said.

Tito plans to return to the high commission Monday morning to plead for a solution. If he strikes out there, he’ll try the Italian embassy, although he doesn’t expect to have much luck with his birth country either, as surrogacy arrangements are illegal in Italy.

The blogger said he has been told that making a formal application through the Canadian system could take six to 12 months – time he was expecting to spend raising his daughters in Toronto.

“Hopefully they expedite it,” he said.

The law does include exceptions for people who were born while their parents were working abroad for the federal government or became parents while working a federal job abroad themselves, but neither of those situations apply in Tito’s case.

Tito said he wants to see the Canadian government change the law so situations like his are reviewed on a case-by-case basis. He also said the headaches he’s enduring in Africa haven’t made him rethink his decision to pursue surrogacy abroad.

“If I had to do it over again, a thousand times over, I would – because they are truly a blessing,” he said.

CTV News has reached out to Global Affairs Canada for comment on Tito’s case.

THANK YOU: IN MEMORY OF WAIYAKI JOEL NJOROGE-PHOTOS

DEPRESSED, YES. LUNATIC, NO! – Story of pain, struggle and recovery

Word of the Day:Do not give up.