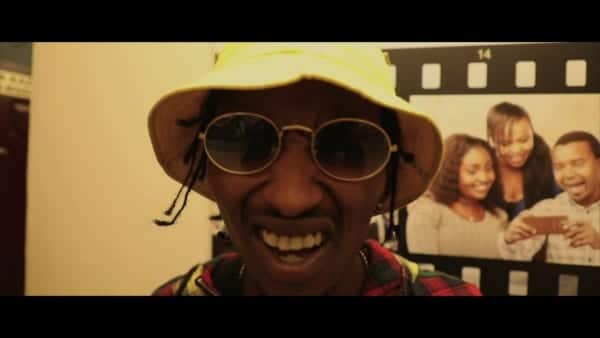 I have suggested to Kenyan American households to ship their kids to a Kenyan school before they turn 16. My argument is that when this is done, the children accept their heritage and it becomes easier for them to return to Kenya when they mature. This of course is a personal view that might not be shared by all. I shipped my young man from the sunshine state to a school in my village. He went there screaming and shouting but after one year, he settled in and learned the language. He would be walking to school on muddy path and the local kids would shout, “Mzungu, Mzungu, Mzungu!” He would shout back, “Mkenya, Mkenya, Mkenya”. In time he became a local!

When he graduated from the local high school he told me, “Sir, this is the best thing that ever happened to me.” He also gave his life to Christ in the village. His success now can be attributed to the discipline the Kenyan village gave him. Not withstanding he did not like me that much during the experience. A price every parent pays when kids are teenagers!

It is the same story with Barack Jacuzzi a young man born in Columbia, South Carolina. His parents shared the same philosophy and took their kid to study in Kenya. After high school he came back to the US for college. But the Kenyan vibe would not leave his soul! He decided that he would not work in the United States and opted to go back and practice his gifts in the artistic smoke rooms of Nairobi. After hustling, Barack “Jacuzzi” has established himself as a mover of Kenyan culture, especially in the hip hop world. He not only has a radio show, but also appears constantly on Kenyan television.

His music is a rebellious expression of the young as they try to reconcile the influences of modern culture in Kenyan villages. The emergence of social media and modern methods of communication has opened doors to the flow of North American Hollywood and Ghetto culture into the cell phones of the young in Kenya and across Africa. Internet bundles are cheap in Kenya and this allows the young to access the good, the bad, and the ugly from their cell phones while walking from a secondary school in Khumusalaba. And as the bible states, “Man loved darkness before light.” (John 3:19) It is the murder, crime, cursing, and all manner of bad that man responds to first before Good!

Those of us who grew up in Kenya in the 60s, 70s and 80s were also influenced by modern technology of those days. The music of the Jackson Five, Millie Jackson, the Rolling Stones, was a constant sound on VOK and then KBC. Our weekends included 20th century Fox and Odeon Cinemas. The popular music show sundowner remains a favorite when driving from Nairobi to Kijabe. The love songs influenced many of us and still ring a bell like the song by Anita Hill, “You can ring my bell.”

It would be hypocritical for me therefore to condemn the modern music of Barack Jacuzzi given that in my teens, my brother Chege introduced me to Elton John and I still Love the song, “Daniel.” With this historical fact, when I was born again and after college went to work for Bibilia Husema Studios Kijabe, my goal was to introduce the youth of the day to the Christian contemporary music of Keith Green, The Second Chapter of Acts, and Skeeter Davis on singing I go, sacred music and Sunday music shows.

As you will hear in the music link below, Barack “Jacuzzi”, a son of a Kenyan American priest uses choice words that his mother does not appreciate. I, as son of a Kenyan priest, and our generation cannot condemn our sons and daughters who like us are trying to swim through the smoke of modern day culture and music. But like I told Barack the other day, “Am proud of you for your courage, success and believe in your home front Kenya. The beats on this rap song “Thotiana” are classic, but the Language is questionable.”

Ours is to pray for these young people to succeed in whatever they do. But to remind them that there is nothing wrong with being Born Again and using their talent for the Kingdom of God! This is his song, Thotiana a hit among Kenyan youth.