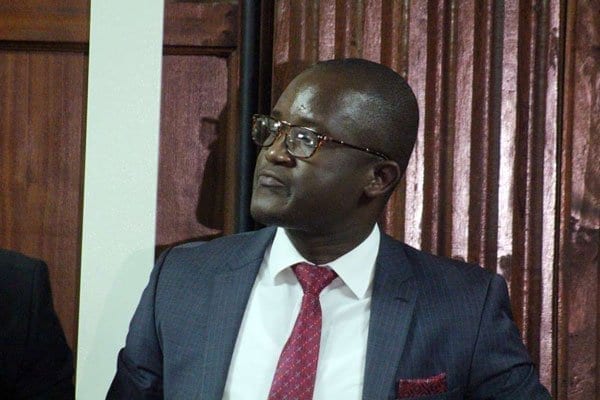 Jared Otieno charged with Fake gold scam: Sixteen people including businessman Jared Otieno were on Tuesday charged with obtaining Sh300 million from a Laos company director by pretending they could sell him gold.

It is alleged that between February 8 and February 25 at Kaputei Gardens in Nairobi, the accused obtained $3 million (about Sh300 million) from Sounthorn Chanthavong, a director of Simoung Group.

The court heard that by using tricks and displaying heavy metal boxes packed with genuine gold bars, and as an office trading as Nirone Safe Keeping, Mr Otieno and the others pretended to be carrying out a genuine gold deal.

The group was further accused of counterfeiting stickers and trademarks of the Ghana customs authority.

The accused denied the charges before Chief Magistrate Francis Andayi.

Through lawyers including Cliff Ombeta and Stanley Kangahi, Mr Otieno and the others pleaded for lenient release terms.

Mr Ombeta noted that Mr Okoth was a student at Riara University and that Mr Lokole was to report to college the day he was arrested.

Mr Andayi was also told that some of the accused persons were gardeners, cleaners and cooks – persons of humble means – and that the amount stated in the charge sheet should not blind the court.

Mr Andayi directed that the accused remain in police custody until May 27, when a pre-bail report will be available.

The magistrate said that since the accused were from different social backgrounds, the report would help him arrive at fair terms for them all.

The court heard that between those dates, Mr Chanthavong, who buys and sells gold, was lured into house No.12 at Kaputei Gardens in Kileleshwa.

It was said that he lost that amount of money as he believed the items he bought were genuine gold.

Three weeks ago, police raided the house allegedly owned by Mr Otieno and arrested 15 people in connection to the fraud.

The 15 were produced in court and police allowed to detain them.