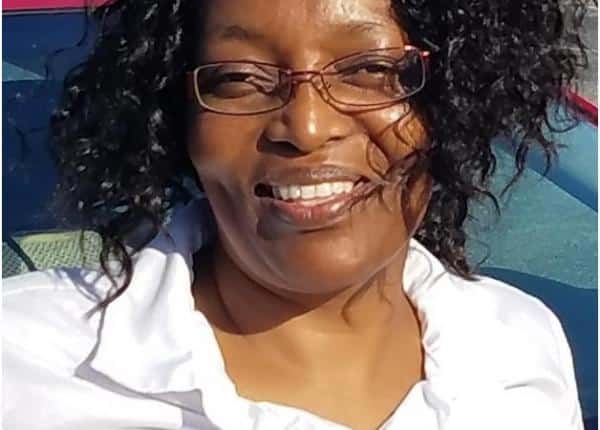 When Janet arrived in the USA about 10 years ago, she was depressed. So much depressed that, she spent the first eight months in her sister’s house, doing absolutely nothing.

The subject of suicide has come up frequently these past few weeks BUT very few or hardly none, came from real people talking bold and straight from their heart to narrate their life REAL experiences.

When we get bold enough to directly encourage someone that is already healed; to talk about depression which is usually a precursor to suicide, maybe we would be of great help to others to avoid suicide occurrences.

It is hard though to come out and talk one’s truth, for it requires a lot of serious considerations, but those who do, after having passed through hardships and survived should,.. instead of remaining silent,… come out and help others in similar situations, by sharing and encouraging them to strive on.

It is very sad that we have had so many untimely suicide deaths, and it is therefore important to share experiences in groups or frequently talk about it in seminars to help to contain the crisis.

There are already Diaspora groups like that of Dr. Penny Njoroge, KEMEN, Rev. Wambui, currently addressing the issue and all should be encouraged to continue for the trend in suicide cases have become so frequent.

When Janet (not her real name) arrived in the USA about 10 years ago, she was depressed. So much depressed that, she spent the first eight months in her sister’s house, doing absolutely nothing but sleeping, eating, using the bathroom, and repeating that cycle. She did not want to work, and didn’t understand how people did that, although up to that point in life, she had worked hard as a single mom to bring up her now adult children. She always(before) loved reading and writing, but the very thought of looking at any paper or book nauseated her, literally.

She knew something was very wrong when she one day realized that she could not construct sentences because she couldn’t differentiate between past and present tenses; She had a hard time recalling even the simplest of words as well as important dates like her kids’ birthdays. She believe her saving grace came from prayers, strong support systems, her sheer determination to get well, and the fact that she refused to grasp the gravity of her condition. She also kept close to her heart some advice from a lady who had once shared her story on depression: “Ladies, it is good to make sure you do not cross the line over to depression, because it is a very hard place to be, and it is even harder to come out of it”.

Because depression signs are not obvious, the victim usually suffers in silence. In Janet case, she had developed a slight stutter, had a somewhat distant look and was very frustrated because she struggled to think through issues, or express herself articulately. However, she tried to remain as normal as possible and kept telling herself that she had a life to live. She refused to believe that all the suffering she had endured, as a result of which she was then depressed, was just in vain, and that her life would end miserably. She did not, for a moment, entertain the thought that she would not recover enough to fulfill her destiny, nor live long enough to see her grandchildren.

At this time when she was having these internal conflicts, she got a babysitting job for a six year old girl, whose mother was about her daughter’s age. The experience was not very exciting because she constantly reminded her that she was naïve, and happily laughed it off with her friends. Let us leave how else she treated her, to your imagination. She could not tell her that she had at times contemplated suicide, because she knew she would make a big joke out of it, not to mention that she always belittled her so much in the presence of her child. God, in His own miraculous way, took away those evil thoughts from her.

Victims of depression feel that they do not fit in because they have fallen short of certain personal or societal expectations. One of the things that is particularly painful is when people purposely criticize and compare openly.  Janet witnessed people pointing at her with their lips, pretending that she was oblivious. Fact is that all those signs and tricks meant to be seen by just a few, are almost always seen by the people for whom they were not intended. Most victims have learnt to hide away the embarrassment of not fitting in by smiling broadly. She was there, have had that done to her, and would only smile broadly and go home feeling very dejected.

As we talk about depression and suicide prevention, may be it would be good to be more cautious on what we say concerning others, because almost always, it comes back to the victim, and we all know how exaggerated, reported speech can be. Another thing that is very painful: “If I was the one, I would have done it this way”. Remember we are all gifted differently, and what might be an easy thing for one person, might be a mountain to another person. Our uniqueness also means that we develop in different areas of life at different speeds and levels. Let’s accept we are all different and will do things in our own unique way, and there’s no right or wrong way to do something.

My mother always told me: “If you have nothing good to say about someone, say nothing, or pray for them”. Next time before criticizing, maybe it would be good to pray for that weaker person. After all, you are the stronger person; that is why you see the fault. It would also be good to remember that God thinks so highly of the person being criticized, that He took the trouble to create and give them life. If they matter to God, why should they not matter to us?

As we grapple with what is befalling our community, maybe it would be good for each one of us to do a good soul searching. Change, any kind of change, has to begin with ‘me’. Have we laughed at, gossiped about, ignored, tried to unfairly control, or even looked down upon someone just because we thought “something was wrong with them”? Have we taken the trouble to earnestly find out what that “wrong something” was?  Are we empathetic? Sometimes what we consider as “something wrong” with a person might be their struggles for survival. We never truly know where or how the shoe hurts, until we walk in it.  Our positive support might save someone, while a negative action or comment can very easily drive them to the edge.

What are we as a community spreading around? I am sure we all know the popular saying: “Kindness works, pass it around” – So does love, hate, crime, gossip…… anything that is passed around, works. Could we perhaps be witnessing a trickle-down effect from the lifestyles we have adopted?

More than anything else, if we are to heal as a society, we need to first of all love ourselves, so that we are able to love others; after all, we cannot give what we do not have. A depressed person yearns for love and understanding. If we love one another, instead of competing with and criticizing one another, we will complement one another, and stop seeing others as threats. However, this usually happens after we come to the understanding of self-actualization, where we know that we are all marvelously and wonderfully created, that no one can take away our place or our blessings, and that the Universe has equipped us with all the tools and resources necessary for everything that we need in this journey of life. Feelings of uncertainty are borne of fear. We fear because we do not love, because love casts out fear.

To that person who has come to their end, maybe because they have been waiting for so long and they see no end anywhere near: No matter what is happening around you or what has happened before, tomorrow is always a clean slate on which we can write whatever we want. Please don’t lose hope; look at what God has done for many that were in despair and where they are today. You will read their articles talking about their journey to recovery and the same people look back to their life and may not even remember how and why they would get upset some years back for they are fully recovered.

Depression itself to a certain extent can be a blessing in disguise to some, because it can make someone to wake up and work hard to ensure that she/he will never cross over that line again, and in doing so, such people achieve more than they could have ever imagined.  If God did it for them, He can do it for anyone.

The secret is to believe in God, have a good support system, keep oneself occupied, and try to evolve as much as possible. And remember, if at once you do not succeed, try again.  There is still time and scope to revive our dreams and expand our visions, and live a full happy life.

Finally, believe in the good that there is in the universe, and pass it around.

It is still a beautiful world, be cheerful, strive to be happy!

PHOTOSHOP GIRL BACK AFTER DREAM HOLIDAY IN CHINA

VIDEO: Ruto and his wife rachel turns to prayers for Kenyans to elect him in 2022