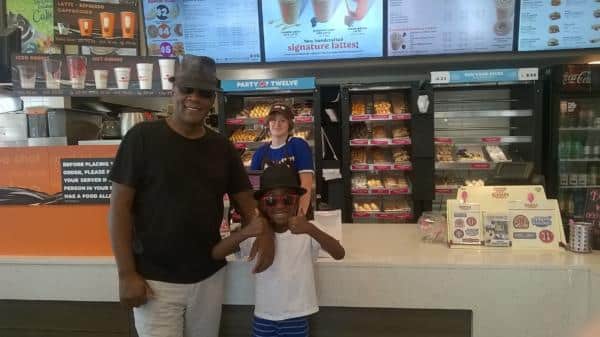 Confessions of a son: If wives and husbands could record the ins and outs of the home front, most of the videos would go viral. In fact the juicy exposures of crime, abuse, anger, frustrations, decadence, joy, laughter and everything that is wonderful and wrong with humanity would be covered in these home videos. The person who stated, “ Charity begins at home” forgot the other part of that equation, “Joy and misery also begins at home.” The good thing is that apart from Jerry Springer and certain class of Americans, many people would never expose what goes on in their home.

The home is the most sacred of places. The modern family is not as large as families used to be. My father’s house had a whole football team plus extras from my older sisters. Sleeping four boys in the same bed was not a shocker; it was the norm. The joy of having many brothers and sisters can only be experienced: Thirteen personalities trying to abide under the same roof is miraculous. The disagreements and fights were often broken up by my father’s insistence on bible study and prayer every evening. My mother served as the choirmaster. My brother, Mr. B. played the guitar and the harmony still rings in my ear.

But the most memorable joys of a big family with a father who insisted on self confidence and absolute masculinity is those days when nature reminds even a bigger than life father that he is, but human. One day on his way from KBC in Nairobi to deliver programs for broadcast under Bibilia Husema Studios, nature called. Those people who have been to the village of Kijabe are aware that it is a serene place on the side of the escarpment. It is hidden from view by a vast forest, which boosts original vegetation including pines, cedar, ‘muiri’ and a brush of original plants.

Even today the forest hides leopards, antelopes, porcupines, and the hopeless miserable ‘nugus’ which roam around and have been sported near the local girls school: They demanded breakfast! My father stopped his car on the side of the winding road. We do not have rest areas and bathrooms on every corner of the neighborhood. Therefore, as is common, he stood under a tree, unzipped and begun to naturally dispose the acidic liquid called in Swahili, ‘makojoo’, in Kikuyu ‘Mathugumo’ and in modern Greek ‘κάτουρο’(p=r) or in space language ‘castellation urinus’’.’ (Got that from the movie Apollo 13). He settled and begun to enjoy the relief, while looking up. There, lying comfortably enjoying an evening nap was a leopard. Its’ eyes were half open checking the piece of meat on the ground.

This is how he explained it to me, “Muriu” (son) my my my! I looked up and there it was right above me. Am telling you, I do not know where the urge went but all over sudden the brakes kicked in and I walked back slowly. I did not even return the ‘population devices’! I found myself running down towards the home. Then I remembered that I left my car. I went back to the car. I drove like a ‘mwaki wa nyeki’ (dry grass burning) down Kijabe hills.” Every son should have stories to tell about their father. Fathers should tell their sons tales, myths and legends!

I remember him telling my mother the story as he sat down to eat that evening. “Harriett”, he called her Harriett when it was drama. But when he was not happy with the food, he called her by her Kikuyu name “Muthoni”; to remind her of her tribal responsibility to cook. But when it involved the children, he called her “Nyina wa Aphia” (Aphia’s mother, my eldest sister), to blame her for the children’s mischief: Men!

When he finished narrating the story, they both laughed out loud to the point of tears. Then my mother said, “You are also a coward. Don’t chastise your sons when they express fear.” Her role was to remind him of his humanity.

You see, I had a father and his name was Timothy Kamau, Bin Nyenjeri. Paul on behalf of him and all believers who have died writes,

“Henceforth there is laid up for me a crown of righteousness, which the Lord, the righteous judge, shall give me at that day: and not to me only, but unto all them also that love his appearing.” 2 Timothy 4:8