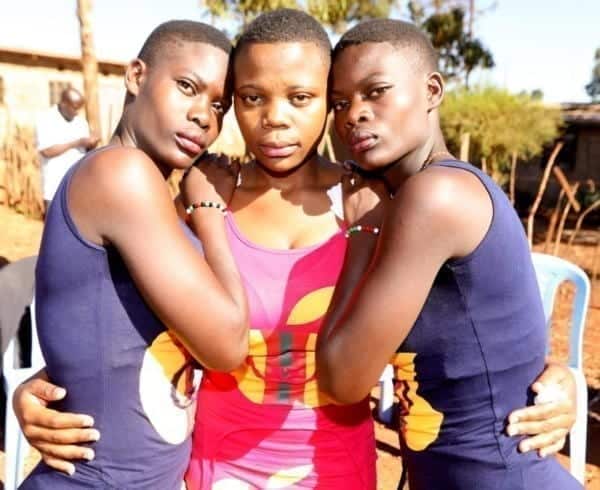 Kakamega twins’ will not sit for KCSE: After a series of events that unfolded after Sharon Mitekwa and Melon Lutenyo embarked on a journey to seek the truth behind their uncanny resemblance, the three girls, including Mevies Imbaya, will not sit for Kenya Certificate of Secondary Education (KCSE).

“We have decided to go back to Form three as this saga has wasted us in terms of our education, “said Mevies.

This is after a meeting was held in Hurlingham, Nairobi, on Monday, where the two families held talks that will direct their next course of action.

The girls were supposed to sit for KCSE on November but their search for truth has kept them off their academic works for months.

The DNA results released on Sunday brought the puzzle to an end after revealing the case pitying the three girls was that of a switch at birth.

Sharon, raised in Nairobi, was Melon identical twin at birth but was switched and replaced with Mevies, who has been living with Melon as fraternal twins.

“I love my children very much and I thank God for them. The only wish I have is to find a well-wisher who will support their education,” said Rosemary Onyango, the mother of Sharon and Melon.

The father of Sharon and Melon, Richard Olukhakha said the girls had become inseparable and ought to be brought together.

“At their age, we cannot separate them anymore. We need to bring them together. During the holidays, it will be for them to decide where they will stay; if it is Kitale or Nairobi we will support the decision,” said Olukhakha.

For Angeline Omina: “what is important is the love we have for each other. We should always stay as a family.”

Ever since Melon and Lutenyo met, it was clear to them that they were one blood.

And after several months of speculations and making headlines within and beyond the country, the DNA test came calling.

After receiving their biological results their world was evidently turned upside down. And obviously, they had to chat the way forward.

With tough decisions that stared them, the two families decided that the girls will continue living where they were brought up and will be allowed to mingle without restrictions.