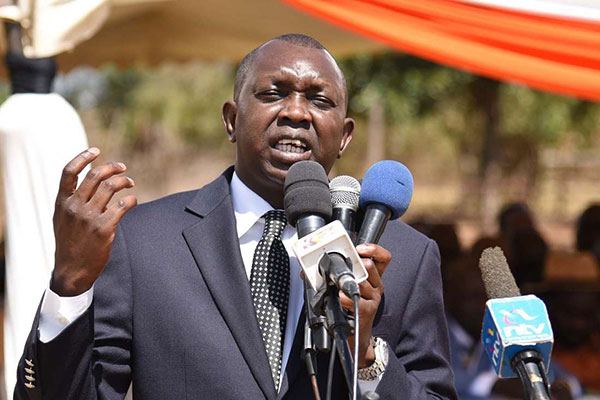 A new report released by Mzalendo Trust has ranked legislators based on their contributions on the floor of the House, with a few performing very dismally.

The report which focused on the period between September 2017 and December 2018, found that, 45 MPs made less than 10 contributions in the plenary. Some of the MPs are hardly seen, that parliament guards mistake them for strangers.

“Some of these silent MPs in the House are the most vocal politicians outside,” Caroline Gaita, the Executive Director for Mzalendo Trust, told the Sunday Nation.

An analysis of the data according to counties shows that representatives from Embu, Lamu, Nyamira, Isiolo and Bomet cumulatively spoke the least while on the other hand, MPs from Trans Nzoia, Nairobi, Kisumu and Kakamega counties topped the list of the most active in parliamentary sessions.

Ms Gaita says that in the ranking of the MPs, legislators who serve in various House leadership roles were excluded as they get more chances to speak courtesy of their roles.

Other senators who get higher chances to contribute because of their positions include those who sit in the Speaker’s panel namely Rose Nyamunga, Kithure Kindiki, Judy Pareno and Steve Lelegwe.

However, some of those in various House leadership positions helped to articulate a variety of issues that went beyond the duties that they hold.

In the national assembly, some of the most vocal House leaders include Ms Mbarire, Mr Mbadi and Junet Mohamed.

National Assembly Majority Leader Aden Duale had a message to the silent MPs “It is so sad that some MPs have never made attempts to speak in the House. They should know that they were elected or nominated to represent their constituents and push for their interests in parliament.”he remarked.