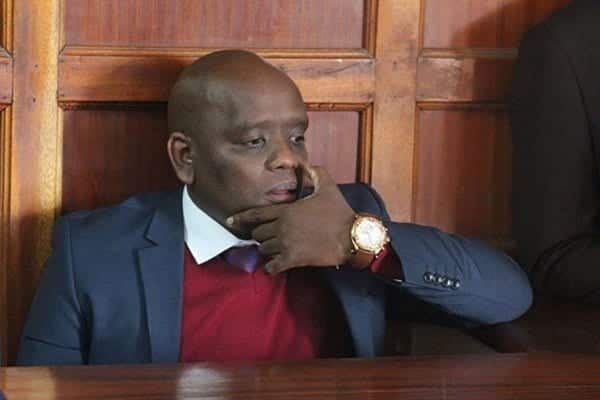 The mother of the child through lawyer Enricah Dulo, argues that Mr Itumbi deserted the child from birth and has refused to provide any form of support. She said she had to stop working before giving birth to the baby.

She claims that she is also without any form of maternity pay and despite making several attempts to hold a meeting with him, Mr Itumbi only found it fit to send a friend instead of coming in person, or sending an advocate.

“She is seeking Sh50,000 monthly subsistence allowance for the minor to cater for food, clothing, medicine and house help salary,” lawyer Dulo said in court papers.

Other orders sought are that Mr Itumbi to provide a copy of his national identity card so that his name can be included in the minor’s birth certificate.

Mr Itumbi should also be granted reasonable access to the child, but the mother be granted actual and legal custody of the minor.

The woman claims that she was in a relationship with Mr Itumbi between January and August last year before the relationship abruptly ended.

“He ended the relationship in August 2018 when the lady informed him that she was pregnant with his child. She successfully delivered a baby girl on June 14, this year,” lawyer Dulo said.

The woman claims that she unsuccessfully tried to engage Mr Itumbi to provide maintenance for the minor but he refused to attend mediation meetings.

She claims that he also exhibited cruelty by trying to convince her to abort the pregnancy, when he discovered that she was pregnant.

“Itumbi has since blocked her and she is unable to engage with him on any meaningful communication in regard to the welfare of the minor,” lawyer Dulo said.

The case will be heard on September 26.

When the Rivers Froze-Kenyan poet