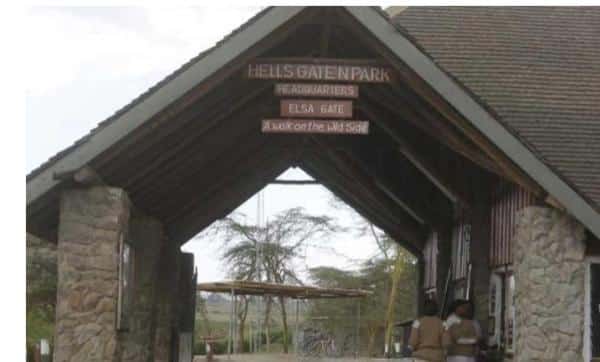 VIDEO: ‘I watched as my wife was swept away at Hell’s Gate : At 2.05pm on Sunday, a man parked a black car under a tree outside the rangers’ post at Hell’s Gate National Park, entered and registered his name as Dipark Dliji.

He was accompanied by eight others, but the people we spoke to said Dliji did not request for a guide from Oloilkarian Self Help Community Group, which takes visitors around the park, especially at Olnjorowa (or Njorowa) gorges.

While in the gorges, the group joined another team of four tourists, which had hired the services of Mr Dominic Kurenda Parsambura, a 26-year-old guide.

At 6pm, Kenya Wildlife Services Warrant Officer III Ann Ndege made a distress call, saying 13 tourists had gone in the gorges but only six had returned and could not locate the rest.

“The tourists had been swept away by floods, so we joined forces with KWS in a search-and-rescue mission even though it was already at night,” Mr Ocholla said.

So Much To Look Forward To Naivasha-Optiven’s South Lake…

Mr Ivraj Singh Hayer was still in shock as he explained his miraculous escape from death.

His wife was not lucky. She was washed away as he watched helplessly.

Mr Hayer said they paid the needed fee at 2.12pm on Sunday and decided to take a walk in the famous gorge. “Before I took the detour, I asked if it was safe. We were told that all would be well,” he said.

The 13 trudged on, eager to sample the marvels at the gorge.

Around 3pm, slight showers triggered alarm bells. Mr Hayer said he expressed his fears by reminding the guide about a group of young people who were killed by floods in the gorges in 2012.

The guide told him not to worry “since the tragedy occurred nine years ago and measures have been put in place to ensure it doesn’t happen again”.

“Suddenly, the water started flowing downstream and my driver and I held each other as we watched my relatives being swept away,” Mr Hayer said.

A guide made several calls to the KWS main office but there was no response, he added.

“Close to an hour, we clung to each other. The driver held on a stone as my niece and I clung on him until help arrived,” he said.

The body of his wife and those of five others were found at a field in Oloirouwa, Suswa, Monday morning.

The gorges separate there and spill the water onto the fields. Mr Jackson Shaa, a resident, said many bodies and animal carcasses have been found in the fields.

The Nation found out that there are no clear records of visitors at the rangers’ post.

Only the details of one — usually the leader — are taken. The leader is then required to say how many people he or she will go into the gorges with.

The KWS was still trying to get details of the owner of the black vehicle parked at the post.

Shoes and other personal items found at the scene of the tragedy had been placed on the car.

The service has come under scrutiny following tragedies in the area.

People gather at Oloirouwa in Suswa where bodies recovered from Ol-Jorowa Gorge were taken for identification by relatives on September 2, 2019 . PHOTO | MACHARIA MWANGI | NATION MEDIA GROUP

In 2012, seven young people from a church group died when they were swept away by floods while walking in the gorges.

KWS Central Rift assistant director Aggrey Maumo said the service had taken measures after the 2012 incident, including closing the area during rainy seasons.

“This particular one was caused by floods when it rained upstream. It is unfortunate,” he said.

However, guides at the rangers’ post said KWS personnel always surrender the tourists to them and never tell them anything concerning the weather.

By MACHARIA MWANGI and By STELLA CHERONO