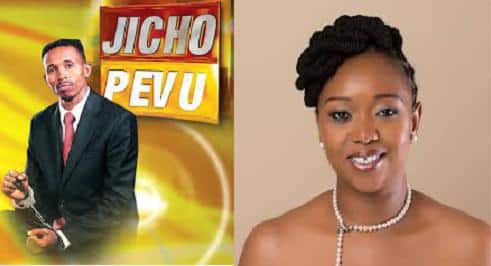 “The High Court has ruled that they will pay me damages running into the millions, in regards to a clip they used of me on their programme a few years ago,” she stated.

On May 1, 2014, the former radio presenter sued Moha for allegedly linking her to the infamous Artur brothers.

She narrated to the court that a clip played on April 2013, in one of the Jicho Pevu episodes showing her in the company of Artur Margaryan and Artur Sargasyan maligned her personality and ruined her future prospects.

She was featured in an episode titled ‘Ghururi ya Saitoti‘ an investigative feature that delved into the mysterious circumstances surrounding the death of former Internal Security Minister, George Saitoti and his assistant Orwa Ojode.

The clip showed close interaction between her and one of the brothers, going on to pose for photos, a scene which she told the court came about when she visited their Runda house as a journalist, looking to interview the elusive duo.

In her latest statement, the ecstatic author maintained that the money could never be enough to help cover her tarnished name, adding that she was glad that justice was served.

“The court process can be slow but the system works. The money will never be enough; because you can’t put a price on your name, so the fact that I have finally cleared mine; is wealth beyond measure,” read an excerpt of her statement.

Ms Muiruri revealed that she would use her new-found fortune to educate a girl in need and prepare her for a harsh world.

Ms Muiruri maintained that she was never involved in the death of Prof Saitoti, neither was she part of a plan to execute the minister or any other persons and that the statements exuded irresponsible journalism, were malicious and intended to injure her reputation.