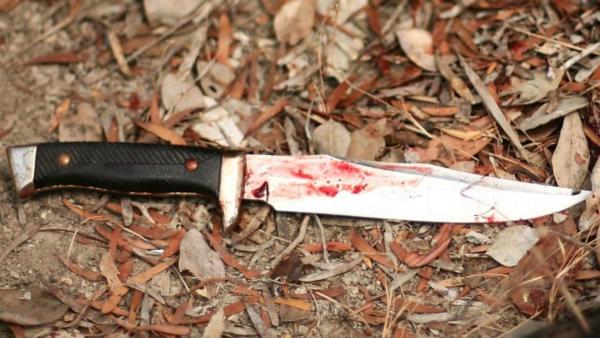 Tanzanian Man chops off wife’s ears for hiding his phone: A Tanzanian man identified as Magori from Mesaga Village took his actions beyond the proverbial Swahili saying that a woman is not beaten except with a shawl (leso) and not fists or kicks.

Police have launched a manhunt for the suspect after the incident which occurred on Wednesday where Magori allegedly cut his wife’s ears under the pretext that she does not listen to him.

Mkami Mwitonyi, the victim who is currently receiving treatment at Nyerere Hospital in Serengeti District, said that her husband’s phone was missing and he suspected her to have hidden it.

According to an officer named Saganda Bodo from Kenyamonta Ward, the suspect caught his wife making a phone call thinking she is using his phone.

A scuffle ensued between the two which led to Magori tying his wife then proceeded to cut her two ears claiming that she is not obedient. “He tied me with a rope and cut my ears. He intended to kill me but after cutting the ears he fled,” said Mkami.

Magori allegedly told his wife to say her last prayers before slaughtering her.The victim was rushed to the hospital and a doctor, John Mbororo disclosed to local dailies that the knife used to cut her ears had a sharp edge.

The officer said that police have teamed up with village elders to pursue the suspect who is on the run.Cases of violence against women have been on the rise with efforts to combat the global pandemic intensified through campaigns against it.

According to the United Nations Women, 35 per cent of women in the world have been physically assaulted by their intimate partners.