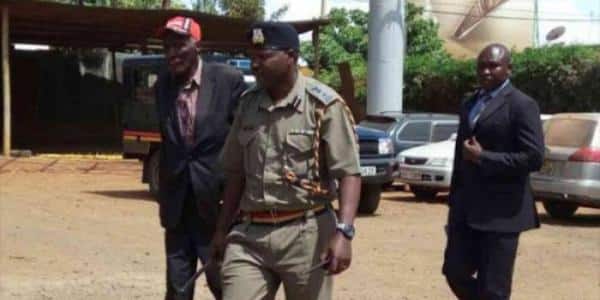 VIDEO: Frustrated Billionaire Jackson Kibor Angrily Rants After 3 Divorces.  A frustrated billionaire, on Monday, October 21, took his angry rant against women to a public forum in Eldoret after going through three messy public divorces including one that had lasted for 52 years.

Speaking during the first Eldoret City Men Congress held at Noble Hotel in Eldoret, Billionaire Jackson Kibor claimed that the man’s position in the family was being overlooked and that men needed to reclaim it.

According to Daily Nation, Kibor urged men to be firm in decision-making at the family level but not violent.

“Stay with your wife, there are some wives who are good-hearted and come from good families. You have to respect them.

“On the other hand, we have evil women. They are ruined by alcohol just the way some young men are,” he stated.

He cautioned men against being stuck in dysfunctional relationships that could turn ugly eventually.

“Many people stay in abusive marriages for long, only for them to resort to killing each other when the situation gets out of hand,” he added

The 85-year-old tycoon further regretted that many young men were dying due to lifestyle diseases leaving widows behind and that some did not work hard in life.

“The secret to a long life is eating healthy and strong adherence to traditional food. If you go to my farm now you cannot believe it belongs to an old man like me.

“Unataka kula ya nani kama hutaki kutafuta yako? (Whose wealth do you want to enjoy if you can’t look for yours?)” wondered Kibor.

In December 2018, the businessman was allowed to divorce his wife, Naomi Jeptoo, by a court in Eldoret after he accused her of deserting their matrimonial home.

That came roughly a year after he divorced his second wife. He reportedly married a fourth wife, young enough to be his daughter.

Below is a video of the billionaires rant:

DAD STORIES: My Uncle Is The Father I Never Had