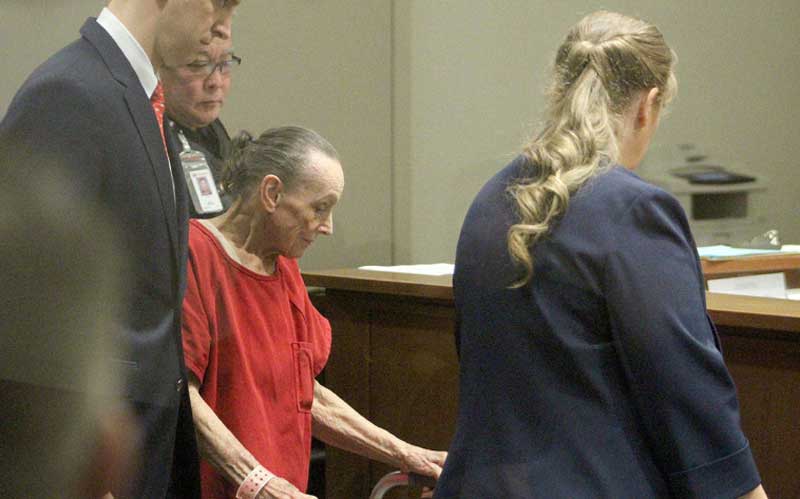 The 85-year-old woman who shot two Kenyan sisters, killing one, inside their home in Seattle, yesterday pleaded not guilty to first-degree murder and assault.

Beverly Jenne shot and killed Janet Oyuga, 37 and wounded her 45-year-old sister Angela Oyuga on December 19, 2019.She tried committing suicide by strangling herself with a cord after the incident.The sisters were hosting Jenne after she lost her house in November 2019.

Court papers showed that Jenne owned the home from 1979 until when it was foreclosed and sold.The new owner rented the house to Janet and Angela who let Jenne stay with them until she found an alternative place.

The documents added that investigators found a note inside Jenne’s car that said, “Janet is not a very nice person” and “I had no one to help me.” The note also read “I think she was getting ready to evict me, and I’m 85 and have no place to go.”Days after the fatal shooting, the house was extensively destroyed by a fire.

Komo New, an ABC-affiliated television station in Seattle reported that Jenne went to yesterday’s court session ‘using a walker, with her two attorneys flanking her’.

According to another report by K5 News, Beverly Jenne, through her lawyers, described the events as ‘tragic’.“It is important to remember that a short charging document put together by the police and the prosecution is not the whole story,” Jenne said in a letter to the court. “We look forward to sharing Ms. Jenne’s story at the appropriate time and place.”The prosecution, which argued Jenne haboured great animosity against the sisters, recommended her bail to be set at Sh101, 300, 000.

The sisters’ family in Gem, Siaya County, have pleaded with the government and well-wishers to assist it to fly the body of Janet home for burial.Speaking to The Standard, one of the women’s sister, Sophie Oyuga, said her siblings had left for the US in search of greener pastures and that an attempt to offer a helping hand to an elderly woman had turned tragic.Sophie said Angela, who had been in the intensive care unit at a local hospital, was out of danger.”She was shot in the chest, her ribs were broken and her lungs punctured.

She is still in pain but she has been discharged and is recuperating under care,” the sister said.She said her family was in constant communication with Angela and Janet, and that they had spoken days before the two were shot.

“When Janet called, she confirmed to me that she was doing well and was in good health. She also had plans of either traveling to Kenya or inviting our younger sister to further her studies in the States,” Sophie said.She said they were worried about rising mortuary fees and wished to have Janet’s body flown to their rural home for burial.

Sophie revealed that their friends in the US and in Kenya were busy fundraising in the hope of raising the Sh5 million needed to transport the body.Meanwhile, burial arrangements are already underway in Gem, where relatives said they hoped to have a funeral ceremony on January 11.Janet’s family lived in Nubian estate in Kisumu for more than 30 years before they relocated to their rural home in Gem.