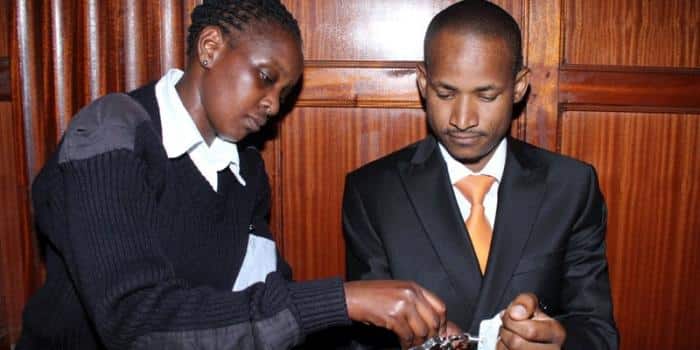 Embakasi East legislator Paul Ongili, alias Babu Owino’s release on bail has generated controversy across the country, with many questioning the ‘strange’ terms he was given before his release.

During the bail application hearing, Milimani Chief Magistrate Francis Andayi directed that the Ksh10 million cash bail be paid in four instalments of Ksh2.5 million each for the next four months.

This, he stated, was to ensure that the money would be used towards the victim’s medication and the amount that remained would serve as bail.

Lawyer and activist Kelvin Njihia, speaking to Kenyans.co.ke on Tuesday, January 28, intimated that there was a chance that Babu Owino and the prosecution might have reached a plea deal that secured his freedom.

“I haven’t read the statement on how the bail was issued but what is coming out clearly was that there was a plea bargain between the accused and the victim,” he stated.

In terms of the unusual nature of the bail term that Owino had been given, Njihia told Kenyans.co.ke that it was not an isolated case where the magistrate decided that bail should be paid in instalments.

He, however, expressed surprise as to how the magistrate had settled on the colossal amount that he slapped on Owino to secure his release.

“I can call it a very complicated bail ruling which has raised some questions and doubts as to how it was delivered, but also looking at the defence lawyers, what are their credentials? What are their track records in terms of handling criminal cases?”

Njihia, however, stated that more conclusions could be reached the moment the documents detailing the agreements were made public by the courts.

Babu’s bail terms had raised an outcry from many quarters, with some calling out the judicial system for alleged discrimination in terms of granting bail to suspects in custody.

The case of Joseph Irungu, alias Jowie, featured, with many accusing the courts of double standards in terms of granting bail.

Word of the Day:Build bridges, don’t burn them.

Joho’s D- in KCSE ‘not end of the road’, says Raila