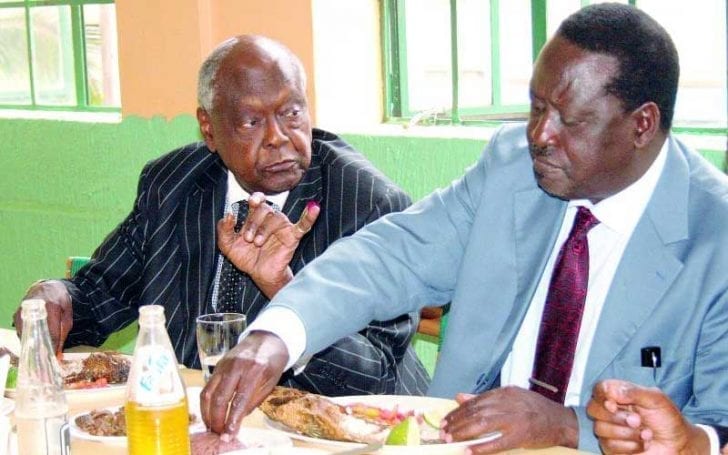 The Attorney General’s office was also instrumental to the collapse of the East African Community in 1975-1977.

Njonjo first proposed in Parliament in 1975 that the community should be disbanded for “failing in its work”. When in June 1977 the community eventually collapsed, Njonjo was reported to have tossed with Mackenzie in celebration of the demise. They thought that the community was dragging Kenya’s economic growth behind.

They relentlessly worked for the collapse, bringing to an end the common services of East African Railways and Harbours Corporation, East African Postal and Telecommunications Corporation, East African Airways, East African Literature Bureau, a common tax authority, among many other areas and sectors of common interest.It was also within this season that the populist and popular MP for Nyandarua North JM Kariuki was killed and his body left in Ngong Forest, in March 1975. There was nothing to link Njonjo to this tragedy. Still, the discomfiture of the moment is useful to note. For relations between the two were openly bad. Kariuki was a radical nationalist. Njonjo was a conservative capitalist Anglophile. They clashed ever so frequently, with Njonjo using his office to put Kariuki down.

In June 1970, Kariuki narrowly escaped being jailed for non-payment of a debt. In the same year, Caltex zeroed in on him to take away two petrol stations, with impetus coming from the AG’s office. In 1971, Kariuki was officially banned from “talking in public”. The same year, over 100 guests who had come to attend a party at his house were turned away by the police. The speaking-ban against Kariuki was extended to Shikuku and Tinderet MP Jean-Marie Seroney. The Attorney General “banned them from speaking to the public anywhere in the country”.The matter about Kariuki reared its head again after his death in 1975. A Parliamentary Select Committee probing into the matter returned a harsh report against the government. Senior persons in the government were suspected to have been involved in the murder. The report recommended that they should face criminal investigation and possibly prosecution.

The AG’s office expunged some names from the report. And when the report was discussed in Parliament, Njonjo moved an amendment that Parliament should “note” instead of “adopt” the report.The government was narrowly defeated when the amendment motion was put to vote. It emerged that three members from the government side – Masinde Muliro (a Cabinet minister and Kitale East MP), Peter Kibisu (assistant minister and Vihiga MP) and Mark Mwithaga (assistant minister and Nakuru Town MP) – had voted with the back bench. They were dismissed. Kibisu and Mwithaga went on to be jailed in circumstances that looked like a vendetta.

A muffled story about Njonjo was his management of the Kenyatta succession. His subsequent fallout with President Moi has often not allowed the country to acknowledge loudly enough his astute management of the situation.Two years ahead of President Kenyatta’s death, he had silenced individuals who were beginning to throw hurdles in Moi’s way to succeeding the ailing Mzee Kenyatta. And when Jomo died in August 1978, the Attorney General ensured that the country remained stable, under the established constitutional law.

For the next three years, Njonjo was very close to the new president, working to dismantle networks that had been built in the Kenyatta years. They replaced them with people who were thought to be Nyayo loyalists – Nyayo being the new president’s leadership and national philosophy. In the process, though, Njonjo put his own loyalists in place – perhaps for a future Moi succession, some say. But it would not come to pass. After the 1982 foiled coup, things turned decidedly bad for Njonjo. It was thought that Njonjo was in a rush to take over from President Moi.

Those in the know whispered that his ageing father, Josiah, was keen that his son should become the president before he (the elder Njonjo) died.Njonjo, therefore, resigned from his position as AG to become MP for Kikuyu in a byelection in 1980. It was not clear why he would leave the powerful office of AG for the mud of politics. And to get here, a lot of manoeuvring had to be done behind the scenes. Some confirmed their thought that he was eyeing greater things. The only greater thing was the presidency. Some said it had been agreed that Moi would only rule for five years and step aside for Njonjo. Was he now preparing to take over?

Whatever the case, this marked the beginning of the political end for Njonjo and his legendary power. It would appear Moi welcomed the opportunity for Njonjo to step down from the powerful AG’s office because it would be easier to dismantle him without the trappings of that office. His Home and Constitutional Affairs ministry did not have any clout. Hence, Moi began a systematic dismantling of Njonjo.The years 1983-84 represent a period that Njonjo would perhaps never want to remember. Friends deserted him as if he had leprosy. In the Cabinet, only Stanley Oloitiptip, Charles Rubia and Robert Matano held on around him.

Deputy Speaker Moses Keino also stood with him. Everybody else took off. In the end, Moi sacked him and appointed the Cecil Miller Commission to probe into his conduct. All manner of appalling allegations were levelled against a lonely and powerless Njonjo. It was a strange zone indeed for him. The commission found him guilty of the accusations made against him. In character with what was often a show of magnanimity in those days, President Moi pardoned him.

Njonjo, who was in the congregation near his rural place of birth, was the new sheep.It did not help matters that two years earlier, a certain Andrew Muthemba, who claimed to be his cousin, had been tried for trying to overthrow Moi’s government. Muthemba was accused of attempting to smuggle arms from the Nanyuki Armed Forces Airbase in 1981 “to eliminate the big man”. Njonjo had been mentioned at the trial as Muthemba’s first cousin. He denied any relations with Muthemba, however.

The aftermath of all this has left him eating the bread of sorrow and drinking from the pot of affliction for the intervening 37 years. But Njonjo has lived a long and – no doubt – rewarding life. Not many have been privileged to live to that age. When his sun sets, he is likely to be remembered as one more of Kenya’s great men who did great things – including making great mistakes sometimes. He was opposed to multiparty democracy and changed the Constitution to make Kenya a one-party state.

He did not like an African Judiciary. In particular, he did not believe in African judges. His philosophy was that the Judiciary should remain White.On the family front, he got married at 52, when most people would be beginning to stare into the sunset. Did he have a hunch that he was going to live this long? Regardless, he has lived long and well. He could only pray for more years and good health. One thing he still owes Kenyans is his story, as told by himself.