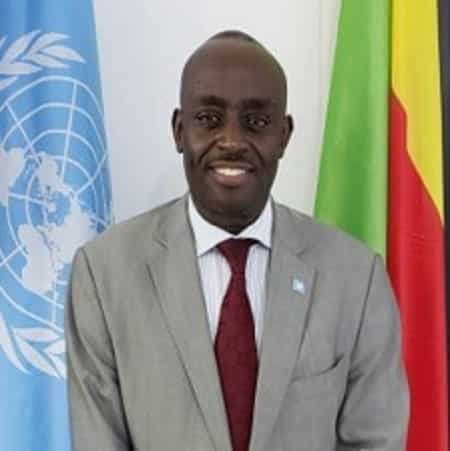 United Nations Secretary-General António Guterres has appointed Chris Mburu of Kenya as the United Nations Resident Coordinator in the Republic of Congo, with the host Government’s approval.

Mr. Mburu brings more than 25 years of experience in the areas of democracy, human rights, peace and development, having held senior positions with the United Nations and leading international organizations and policy think-tanks in different parts of the world.

He has worked in the United States of America, Switzerland and many countries in Africa. A staunch promoter of the Sustainable Development Goals, his specific passion for education, coupled with his moving personal story inspired the acclaimed Emmy-nominated documentary « A Small Act » in 2010.

For the last 20 years, he has worked extensively in the areas of human rights, governance, democracy, rule of law, transitional justice, peacekeeping and conflict resolution; he has served in many countries including USA, Switzerland, Democratic Republic of Congo, Sierra Leone, Somalia, Uganda, South Africa, Burundi, Ethiopia, Cuba, Rwanda, Kenya and Eritrea, mainly with the UN.

He also served as Senior Advisor and later Acting Director for the UN Regional Center for Human Rights and Democracy in Yaoundé, Cameroon. Outside of the UN, Chris has served as an expert with leading human rights organizations and policy think-tanks, including Global Rights, the International Crisis Group and Amnesty International.

ODM to use 823 branded vehicles during extravaganza