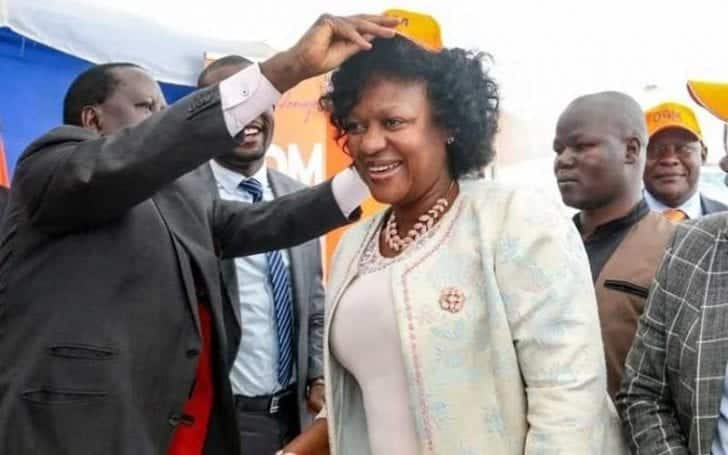 With the Building Bridges Initiative (BBI) train at his beck and call, Opposition leader Raila Odinga is leaving every impression that a fifth stab at the top seat in the 2022 poll is in the offing.

In a sharp contrast to the buoyant Odinga and his political machinery, the Jubilee party is slowly crumbling from within, courtesy of his handshake with President Uhuru Kenyatta.And now, a broader “handshake” coalition is shaping up with Raila’s original team intact and topped up by those jumping out of the sinking Jubilee. Their clarion call? Nobody can stop reggae.

“Raila has essentially turned around his tidings. He has leapt from outside in the opposition to the inner sanctum of power,” political risk analyst Dismas Mokua says.Last week, Raila was busy putting his house in order, welcoming former ODM members back to the fold. The erstwhile renegades had left the party in the heat of the 2017 elections.Some Jubilee party members were in the meanwhile stoking the fires from within their house by calling for the impeachment of Deputy President William Ruto.

The renegades who were returning to the ODM fold included former MPs Omondi Anyanga, Oyugi Magwanga, Jakoyo Midiwo, Reuben Ndolo, Elizabeth Ongoro and George Omondi.At face value, it appeared to be a small event of a party leader welcoming back his prodigal sons and daughter.

Analysts, however, say the regrouping of ODM is indicative of a man determined to stretch his luck beyond 2017. ODM Political Affairs Secretary and Ugunja MP Opiyo Wandayi confirmed as much.“The party leader is re-energising ODM within the grand plan to building a massive movement for 2022. The events are part of the journey to his bid for State House,” said Wandayi .On March 9, 2018, Raila and President Uhuru Kenyatta made peace at the steps of Harambee House.

In their joint statement on that day, the two vowed to start a journey to uniting Kenyans, a trek that would see them move across the country to talk about unity in what has come to be referred to as the BBI.

But in a twist of events, while ODM is building and growing its tentacles through the patronage of Raila, Jubilee is a sinking ship that is taking in water from all fronts, arguably dented by the opposition party.Two years into the handshake, Raila who was on the brink of political oblivion after spending his ‘last bullet’, is now right at the centre of power.

Through the handshake, the opposition leader has managed to have President Kenyatta’s party speak in different tongues. National Assembly Majority leader Aden Duale acknowledged that indeed the ruling party is staring at a bleak future thanks to the Opposition leader.“He found us in peace with a formidable party.

Today, we are struggling to remain united. If there is no intervention, we will see Jubilee disintegrate. That is what Raila is good at, he excels in destruction,” said Duale.Senate Majority Leader Kipchumba Murkomen says Raila has used the handshake to play politics with his sights on 2022.“Uhuru’s intentions were pure — to unite Kenyans.

Raila saw an opportunity to resuscitate his dying career though the BBI rallies. He has betrayed what the handshake spirit was,” Murkomen said.Other allies of Deputy President William Ruto agree that the ODM leader was wrecking their party.

“We are concerned that as a party wrecker, he has put his energies to bring down Jubilee. The President needs to be careful because among his legacies should be leaving behind a strong and formidable party,” Belgut MP Nelson Koech said.Kiharu MP Ndindi Nyoro said he is convinced that the opposition leader was hell-bent on destroying the party they did a lot to build.But as Jubilee politicians cry foul, the ODM leader continues to grow in stature and influence.

Today, top politicians and members of Uhuru’s Cabinet troop to his office to update him on the progress in their ministries. Now, ODM says it is gearing up to strengthen the party even more.“We want to have the party remain as the biggest in the country and with a strong presence across Kenya.

We are focused and will achieve that,” ODM Secretary General Edwin Sifuna said. The party seems to be in an upper trajectory after prolonged periods of seeing its influence across the country wane. The number of MPs under its ranks have been dropping from 103 in 2007 to 76 in 2013 and currently 63. “This will change, we will reclaim our glory. It is a matter of time,” Homa Bay Woman Rep Gladys Wanga said.But beyond revamping the party, Raila is said to be harbouring bigger plans that include a stronger and formidable coalition, an insider said.

The National Super Alliance coalition that he used to challenge Uhuru in 2017 seems to have all but collapsed. Sources say a new coalition in the offing will be bigger and bolder. Already, some leaders including 2017 election losers have indicated they are supporting the ODM leader’s stab at the presidency in 2022.Kirinyaga Governor Anne Waiguru has repeatedly said the Mt Kenya region is now ready to support Raila.“The Mt Kenya is ready for Raila, he has played an important role in this country and the region is ready to appreciate him,” said Waiguru.

In the  Meru BBI rally, Governor Kiraitu Murungi fell short of endorsing him, telling the gathering that  Raila has been true to the country and should be rewarded.But it is how Raila has turned the handshake into a passionate campaign tool that has compounded many, including DP William Ruto’s allies who feel they have been left with the short end of the stick.