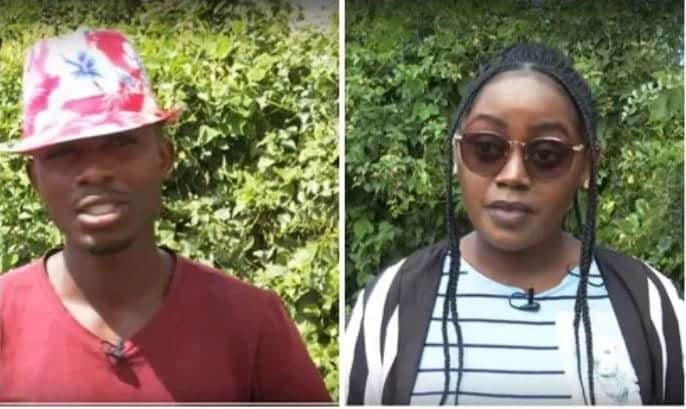 When cupid strikes, he sometimes ignores all the qualities and standards we set for our potential partners. Physical attributes, social status, religion and political affiliation- all go out of the window in the name of love. But for a Nairobi couple, cupid’s arrow struck in the wrong place and caused a brother and sister to fall for each other- unaware of their relation.

The two were understandably shattered on the realization that they were brother and sister. John Mwangi and Jane Njeri met while having a business interaction, where the lady was purchasing shoes from her would-be partner.

According to a report by Kameme TV, the pair were in a serious relationship and planned to wed. As they set to kick off their plans, beginning with formal introductions to parents as is customary with African culture, they were met with a rude shock.

“After I took her for introduction to my parents, I was told my father had another wife and we were thus brother and sister,” said John.

The couple’s wedding plans were stopped on their tracks when family members disclosed that they share a father and are therefore half-brother and sister. Following the revelation, elders warned of dire consequences should the romantic connection between the duo continue.

The elders further advised that no ritual cleansing to deflect evil was necessary because the wedding had not taken place yet. They urged new-age couples to consult family and do thorough research before marriage.

“I cannot even fall in love with another person because I am scared he will also turn out to be my relative,” the heartbroken bride-to-be said.