In a video posted on her Instagram on March 4, 2020, Gomez lamented that when she visited the country in December 2019, she was saddened by the state of the education sector in the regions she toured.

“In Kenya, I had the opportunity to meet with remarkable young people and teachers who are fighting for the right to free, quality and inclusive education.

“However, countless students are not receiving a quality education, including 59% of girls in the country that are not even going to school. As a result, young people across the country, and particularly the poorest and most marginalized are missing out on critical opportunities,” she regretted. 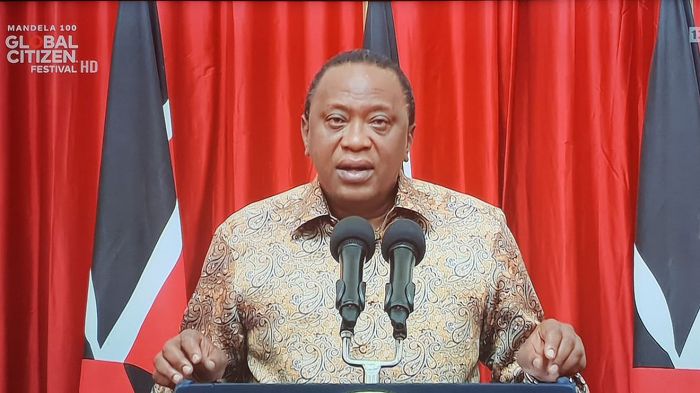 She further narrated that despite President Kenyatta’s commitment to improving the budgetary allocation to the education sector from 17% of the national budget to 30%, the pledge has not been fulfilled.

“President Kenyatta, at the Global Citizens Festival in South Africa, promised to increase spending in education from 17% to an impressive 30% of the national budget, but we haven’t seen progress or received an update on this yet,” she regretted.

“Many global citizens have called upon my administration to maintain its education budget above 20% of our total budget but I want to go one step further.

“This year I pledge to you that in Kenya, our education budget will be closer to 30% of our total budget, making it probably the highest on the African continent,” he pledged.

In the 2019/2020 budget, the Ministry of Education received the lion’s share of the budget, having been allocated Ksh473.4 billion of the Ksh3.03 trillion national budget.

This expenditure, however, accounts for only 15.4% of the national budget, roughly half of what the president had promised at the South African summit.

Gomez urged the president and Education CS George Magoha to come together and ensure that the promise is fulfilled for the sake of the Kenyan students.

Below is the video…