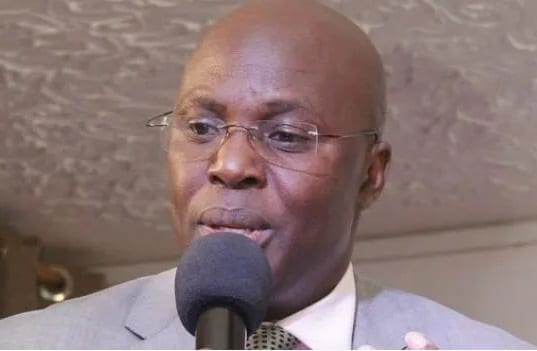 Tributes have poured in for the late iconic Swahili writer and journalist Ken Walibora, who died on Friday, April 10, at the Kenyatta National Hospital after he was hit by a matatu on Landhies Road in Nairobi.

From the President, Uhuru Kenyatta, his Deputy William Ruto and ODM leader Raila Odinga, all have mourned the death of the great storyteller.

His former workmate and now an editor, veteran journalist Ali Mtenzi, mourned Walibora as an individual who was always committed to his work.

President Uhuru Kenyatta during a video conference at State House on Wednesday, April 1.

Mtenzi narrated that there was a time Walibora collapsed after working on a bulletin due to fatigue.

“There was a time the NTV Swahili news desk had a very lean team, made up of myself, Walibora and Swaleh Mdoe as editors. On this particular day, Walibora and I were the editors on shift. We did not know that he had worked for two weeks continuously without rest.

“So, after preparing the day’s news bulletin, which he presented on air without any challenges, Walibora collapsed while leaving for home. We rushed him to hospital, where he was treated and discharged,” Mtenzi told NTV Sasa.

He added that the doctors attributed his fainting to fatigue.

“He worked hard, never complained and his key priority was always getting the work done,” Mtenzi stated.

Mtenzi, Walibora and Citizen TV news anchor Swale Mdoe were the pioneers of the Swahili news editors at NTV.

In a live interview on Citizen TV, Mdoe noted that he had lost a close friend.

When asked why his death was not known earlier, Mdoe stated that Walibora was a very secretive person.

“We used to talk once in a while and we met last year and he gave me a book he had written in English. He even signed the book for me. We were close friends,” Mdoe weighed in.

Walibora died hours after he was admitted at the Kenyatta National Hospital.

Police said that the driver of the matatu that hit Walibora was arrested and the vehicle impounded. He was, however, released on bond.

“We are now looking for the driver, given his victim died as a result of the crash,” OCPD Mark Wanjala told K24 Digital.

Nyota Ndogo, Eric Wainaina to represent Kenya in US festival

UHURU NOT YET FREE – BENSOUDA

The four most famous Kenyan artistes in Africa

OUT IN THE COLD: Why the Kenyan diaspora must be allowed to vote

War on graft is a blessing to Kenyans.