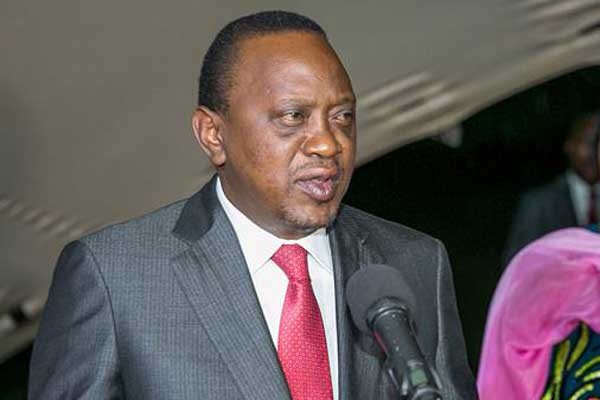 A Kenyan trader has addressed a Ksh10,500 cheque to President Uhuru Kenyatta hoping that it will make its way to the COVID-19 management kitty.

According to a report by K24 on Saturday, April 4, the electronics trader based in Ol Kalou, Nyandarua County made the decision as part of his contribution to the government’s effort to combat the COVID-19 pandemic.

The trader identified as David Ndungu Wanjohi wrote a bearer’s cheque having no clear idea where the president’s bank account and where he banks his money.

A bearers cheque situation is defined as one where the money can be paid to any person who presents the cheque in question to the bank, not just to a person named on the cheque. 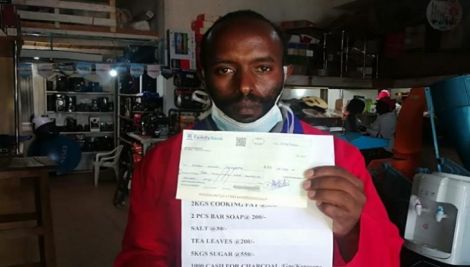 Wanjohi Ndungu poses for a photo with the cheque addressed to the president on Apil 4, 2020.
More Related Stories
NEWS

Ngundu explained that he came upon the Ksh10,500 figure after he calculated the amount of foodstuff that five low-income families in Kenya would need on average for a month.

Speaking to the publication, Ndung’u expressed optimism that the cheque would get to the president and urged Kenyans to take action and help instead of waiting on the government.

“I wish President Kenyatta receives the money and channels it to the COVID-19 management fund. My action was inspired by the desire to help the government at a time of crisis such as this one.

“My thinking is: we shouldn’t always wait for the government to help; where we, as citizens, can, should chip in,” Ndung’u was quoted.

His decision comes just a day after cement tycoon and philanthropist Narendra Raval donated over Ksh100 million worth of oxygen to the Coronavirus relief efforts in the country.

All across the country, other Kenyans are also emerging and helping by donating foodstuffs, sanitary products and much more to Kenyans in need.