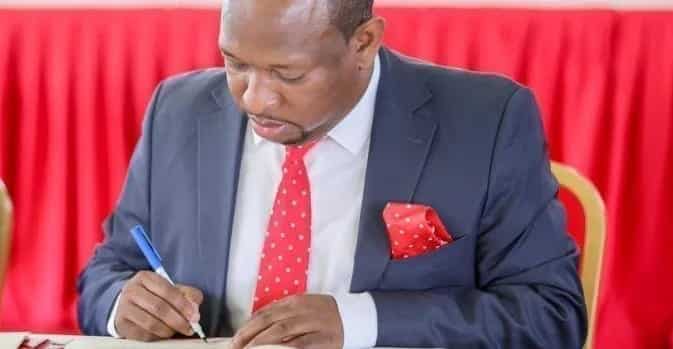 Governor Mike Mbuvi Sonko, on Saturday, April 4, registered his displeasure and disappointment at how some officials from the national government had chosen to pursue the implementation of the Deed of Transfer of Functions that was signed on February 25, 2020, at State House Nairobi.

In a hard-hitting letter penned and signed by the governor, he criticised the Nairobi Metropolitan Services and the Public Service Commission for summoning six thousand and fifty-two employees of the Nairobi City County Government to KICC on Monday and Tuesday next week.

“It is a total disregard to the great risk they shall be exposing these employees to, as the country battles with the COVID-19 pandemic that has so far claimed four (4) lives and infected over 100 people,” Sonko stated. 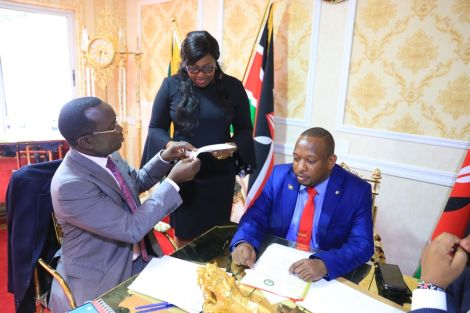 Nairobi Governor Mike Sonko when he he held a meeting with County Executive Committee Members at his private Upper Hill office on Thursday, March 12, 2020.
FILE

He added that the Nairobi Metropolitan Services and the Public Service Commission had no jurisdiction over the employees of the Nairobi City County Government.

“As it stands, the responsibility still remains with the Nairobi County Public Service Board to notify its employees of the purported secondment. The Public Service Commission, on the other hand, should operate within its mandate, and can only second national government officers to the Nairobi Metropolitan Services,” reads part of the letter.

Sonko faulted some officials from the national government who he claimed were breaking all provisions of the Deed of Transfer.

“The result is the anarchy that is quickly brewing, where all known protocols and procedures are being blatantly broken in the name of operationalizing the NMS. I want to assure them that that will never happen on my watch,” Sonko declared.

“So far, all manner of individuals from the national government have continued to summon, call for meetings and issue directives to County employees through telephone calls, SMSs, WhatsApp messages and other unorthodox communication channels that are outside standard government procedure,” he added.

Sonko complained that he was being excluded from most of the communication.

He went ahead and directed that the public gathering by the NMS through the PSC had been cancelled, stating that it was in line with the Presidential Directives issued to combat the spread of the Corona Virus.

Further, he advised Nairobi City County government employees to ignore the threats allegedly issued by the PSC, on behalf of the NMS.

“Nairobi will not be governed by intimidation and threats that lack in legal standing, ” he stated.

Additionally, he urged Nairobi City County government employees to ignore any further communication regarding the transfer of functions from any quarters.

Sonko concluded his letter by stating that the transfer of functions did not amount to a takeover or dissolution of the Nairobi City County Government.

“Evidently, there are a few individuals who have chosen to hijack the noble mission that the President and I embarked on to move Nairobi forward, but I wish to assure them that their sinister motives shall not succeed.

“Going forward, I wish to thank the employees of the Nairobi City County Government for their patience and cooperation so far, and urge them to continue discharging their duties diligently, as we harmonise the process of the implementation of the Deed of Transfer, to ensure that their welfare and concerns are well addressed,” he finalised his letter. 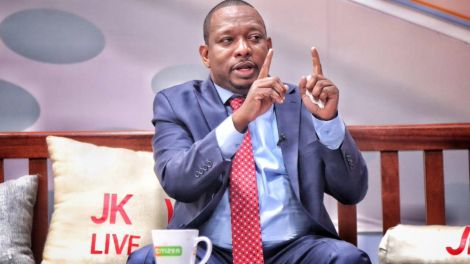 What a Mudavadi-Raila ‘super alliance’ means for Kalonzo, Wetangula

Marjorie Gachigi Kimenyi: Kenya’s First Woman to Own and Drive a Car

Akorino model ‘Pesh’ apologizes after her bikini photos cause a stir