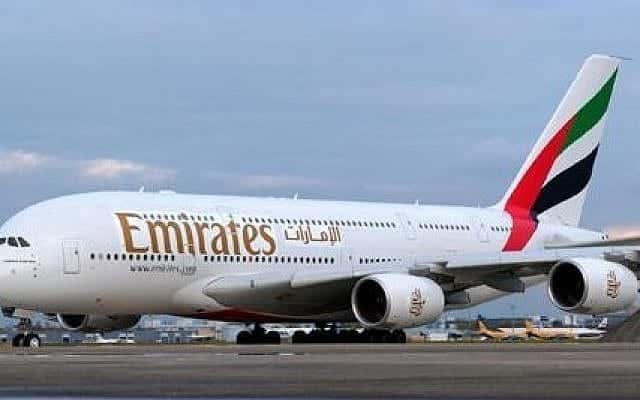 The government of Kenya has allowed a United Arab Emirates (UAE) plane carrying passengers from Dubai to land in the country.

The plane is said to be carrying Kenya Airways (KQ) crew and other passengers stranded in Dubai, while coming to evacuate UAE citizens in Kenya, the government said.

This comes a day after announcing that a 72-hour notice would be required for flights coming to evacuate their nationals.

In a letter from the Ministry of Foreign Affairs undersigned by the permanent secretary A Wafula to the Ministry of Transport, the government said that the flight, a : Boeing 777 (EK77WR) Flight No. EK9757 had the required 72-hour notice, despite the letter showing a 48-hour notice.

“Kindly note that clearance has been granted to the United Arab Emirates Aircraft type: Boeing 777 (EK77WR). Flight No. EK9757, scheduled to over fly/land Kenyan airspace on 7th April, 2020. while ferrying Kenya Airways crew and Kenyan citizens stranded In UAE to Nairobi and evacuate United Arab Emirates Embassy staff and UAE citizens from Nairobi to Dubai, following the outbreak of COVID-19 pandemic,” the letter read.

Kenyan Diaspora Doris Muronga offers tips on how to get jobs…

The ministry said that the passengers upon arrival will be taken to mandatory quarantine for a period of 14 days at their own cost.

“The aircraft must have double crew as they (crew) will NOT be allowed to disembark,” added the letter. On April 5, Transport CS James Macharia announced that the government had extended the international passenger flight for 30 more days.

Announcing the ban, Mr Macharia said that countries coming to evacuate their nationals must give a 72-hour notice of the planned flight.

However, the UAE flight seems to have been hurried to arrive by yesteray, the day government announced a partial lockdown for Nairobi and other three counties.

Typically, since the letter from the ministry of foreign affairs was written on April 6, the 72 hours would have elapsed on April 8. However, on April 8 Nairobi County would not be allowing people in and out, the reason the government could have shortened the time.

This puts to question the importance of the passengers carried in the plane, since the government has not made an effort to evacuate Kenyans in other parts of the World.

Before the coronavirus spread to other parts of the world, the government refused to evacuate Kenyan students in Wuhan, the initial epicentre of the pandemic.

Daring Mistress and Joseph: This affair was so complicated – VIDEO

Njeri Mucheru in the news again, says she is on her own.