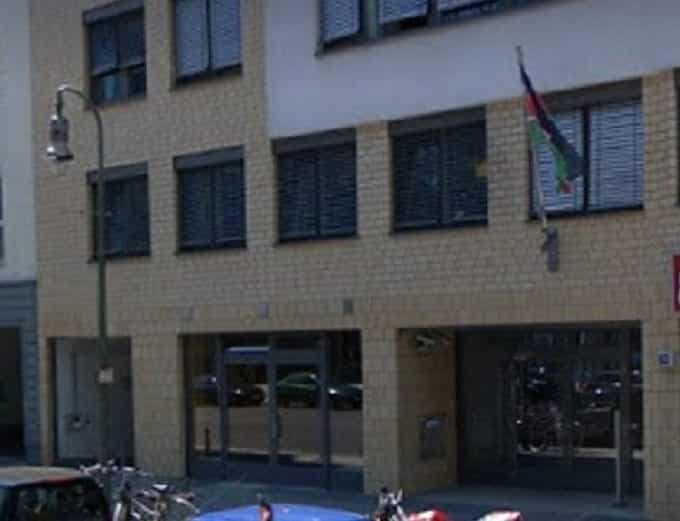 Contrary to its expected functions that include service to Kenyans living within its jurisdiction, the Kenya Embassy in Berlin continues to dispense frustration on Kenyans with no hope in sight.

The embassy officials together with their brethren in Nairobi have, after a long time mastered every nefarious method of transforming reforms into a catalyst for pecuniary source and extortion.

Coupled with the false belief that only members of the security forces can be the panacea to the bedevilled department of Immigration is an effort in futility. The convoluted administrative matrix in use there was established at independence and fine-tuned during Moi’s regime and it requires administrative process reform and not personnel.

According to one retired official, Immigration officers hate directors imposed on them. Such directors curtail their promotion ambition hence their isolation in the high office and outside the sanctum of operation.

And those harbouring stringent changes are dealt with accordingly as Ms. Jane Waikenda lived to see.

174 Kenyans who were stuck in Saudi Arabia finally…

From a disciplined Kenya Prison Services, she introduced a ray of policies to curb corruption practices. Oblivious of the cartel system in less than a year in office she found herself a victim of her strict policy.

She escaped going to Kamiti prison by a whisker, courtesy of President Uhuru Kenyatta after she was accused of giving work permits to undeserving people.

Her successor Gordon Kihalangwa, a retired Major-General with military acuity tried unsuccessfully to instill dignity in Nyayo house that has been competing with Kenya Police Services for the number one place on the corruption index.

Kihalangwa and has since been transferred twice to oblivion, leaving the shambolic process of the ePassport in near-paralysis after Kihalangwa came to terms with the complexity of his project which ironically was a windfall for the Nyayo house gurus.

In the process of the trial and error this time it was Alex Muteshi, a seasonal spy from the National Intelligence Services. He came in and took a back seat while Kenyans in the Diaspora continue to bear the brunt of cartels’ callousness.

As a traditional disdain for the hoi polloi (the Diaspora) such directors and the staff seconded to the mission have made it a policy not to acknowledge receipt of letters or email from Kenyans in distressed except in 2005 – 2010 during the tour of duty of Ambassador Mutuma Kathurima and his deputy, Andrew Kihurani. The two were considered patriots and somehow managed to contain our tormentors.

Forced to take things in her own hands after years of frustration a Kenyan lady last year stormed the embassy and threw a vicious tantrum – a local staff sheepishly fished out the Renunciation Letter which has been gathering dust there and handed it over to her.

Many still recall the incident of a stark necked Kenya woman with a baby in the pram caught on camera in one of the busiest streets of Berlin after the embassy declined to issue her baby with a visa for the fifth time, making it impossible for her to attend her mother’s funeral in Kenya.

The public watched as parents with kids covered their faces before the police on patrol approached her and after a brief explanation, she dressed up and led the officers to the embassy. Unable to justify their action to baffled police a clerk quickly issued the visa to the lady before being escorted to safety, away from the embassy.

Her nude photos on the front page of a renowned media the following day was sensational and caused a furore. It elicited derogative remarks from the public about Africa while the embassy remained mum.

Another example is that of Ms. Waruguru N, a civil servant in the Saarland State. She lodged an application for the Renunciation letter in March 2019 and after over a year of apprehension on March 12, 2020, Mr. Murrey of Nyayo house advised volunteered information advising Waruguru to collect from the embassy the document Ref. mic/i/03/Vol 2 (22).

But a Ms. Rose Osogo standing in for the ever-absent Immigration attaché was categorical that the said document does not exist which is a deliberate scheme to create hopelessness for the victim to kick-start the process of chai. This method has been effective for the last 45 years.

Having previously worked at different missions abroad these Nyayo house gurus return with a high level of the living standard beyond their payslip. And they know just too well that withholding essential documents can lead to existential stress and brings their victims to their knees.

Ms Waruguru is now left with two options; one, pay up or forgo the Renunciation letter, and the life-benefits anchored to it.

Notwithstanding the importance of academic empowerment, the Kenyan government should come clear on the officers dispatched to Berlin. It is clear whether they are students and doing part-time work at the embassy.

Whatever it is, it is with the connivance of the head of the mission or their line ministries in Kenya. Their conduct is abnormal, a blatant violation and abuse of the Vienna Convention which could subject such academic achievements to scrutiny.

Article 42 of the Vienna Convention prohibits diplomats from engaging in any professional or commercial activities for personal benefits. The same is consistent with Kenya’s Public Act, Employment Act, and other laws.

And on contravention of clause (1) above applicable punishments are described under clause (2) (a) and (b) as well as clause (3).

Article 41 – (3) of the Vienna Convention prohibits misuse of diplomatic premises in a manner incompatible with the use, it is intended for – in this case, “residence”.

Early this year a Kenyan in Germany found himself trapped in liminal status between being stateless in and Kenya’s birth certificate holder after the delay tactic was applied to him.

By their own admission the immigration section at the embassies are just conveyors of documents from Kenyans to Nyayo House and back but as members of Nairobi cartel they remain the conduit of Kenyans’ tribulations with no hope in sight.

By: Mickie Ojijo
Kenyan Embassy in Berlin Germany: A hell on earth for Kenyans