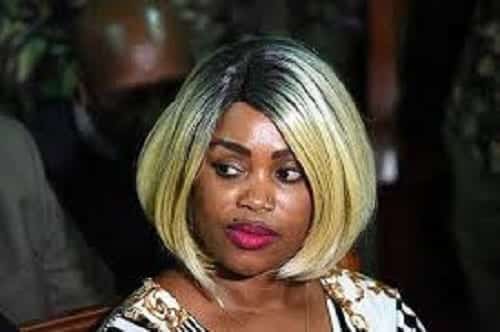 The High Court on Wednesday, August 26, ordered the Ngirita family (Phylis Ngirita, Lucy Ngirita and Jeremiah Ngirita) to surrender a vehicle and 5 parcels of land to the state.

The assets were tagged as proceeds of crime, warranting the repossession.

This is after the family failed to explain how they made Ksh133 million in NYS graft case.

Phyllis Njeri Ngirita was also ordered to forfeit Ksh 800,000 in her accounts after it was deemed a proceed of crime.

The Rise and Fall of Henry Rotich,The Most Educated Son of…

Earlier this year, the High Court dismissed an application by Phyllis Ngirita seeking access to her bank account to withdraw Ksh 700,000.

In her argument, Phyllis pleaded to the court to have orders restraining her to access her money lifted.

She explained that the freezing her accounts had caused undue hardship to her family and disrupted her children’s education.

Infamously, she further revealed that her son was turning into a chokoraa (street urchin) as he was no longer attending his German language lessons. This statement went viral with Kenyans questioning her priorities.

Uproar over American diplomat who fled country after fatal crash

Cultivating an attitude of yes-“Yes, now what?”

Word of the Day:You Are a Masterpiece