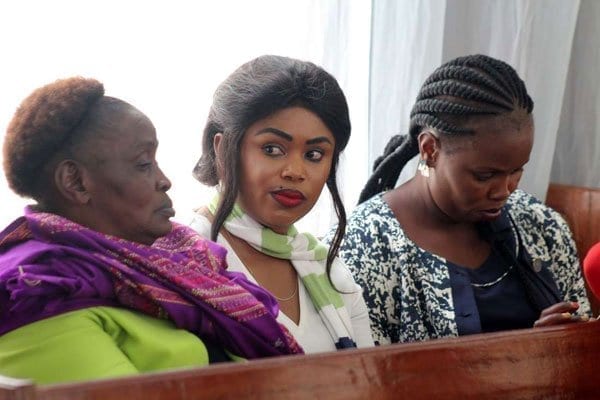 Prosecutors have laid out for the court the elaborate schemes that were allegedly used to pay for goods that were never delivered, in what is popularly known as delivering ‘air’.

Detectives are investigating Sh8 billion they believe was misappropriated from the National Youth Service (NYS). They accuse 35 individuals facing corruption charges of being part of a fraud ring that worked to beat the Integrated Financial Management Information System (IFMIS) leading to loss of public funds.

All the individuals charged have denied any wrongdoing.

Prosecutors have filed documents in court, which, they allege, show a well-oiled machine involving junior employees all the way up to the Public Service and Youth Principal Secretary, Ms Lilian Omollo.

In their opening statements, prosecutors alleged that Ms Omollo is linked to one of the firms, Sakata Ltd, which they said, was still being investigated.

The also allege that there was collusion between storekeepers, inspectors, accountants and senior managers before Ms Omollo approved the payments. Although orders, including for food, would be made at the NYS headquarters in Nairobi, the deliveries were indicated as received at Transport, a department based in Gilgil, and which does not handle food items.

The complexity of the scheme has now seen Director of Public Prosecutions Noordin Haji opt for prosecution in batches, with the first group facing charges for the heft of Sh226.9 million.

While Sh8 billion is under probe, investigators narrowed down to Sh500 million and say they have gathered enough evidence to charge the 35 individuals over Sh226.9 million.

By use of documents before Nairobi chief magistrate Douglas Ogoti, the prosecutors allege that low-level NYS employees falsified entries to show that members of the Ngirita family from Naivasha supplied goods, and then allegedly pushed the claims to their superiors for approval.

In some instances, prosecutors argued, payment claims were backdated to ensure money was quickly processed and released to Ann, Lucy, Phyllis or Jeremiah Ngirita.

In total, the Ngiritas are believed to have received Sh918 million from the NYS II transactions.

“Your honour, we shall demonstrate that the perpetrators’ extent of fraud was incomprehensible, inconceivable and unethical to a point where documents were backdated and doctored to look like they were genuine and then sneaked in for payments for the ‘supply of air’ without any colour of right or shame,” the prosecutors said.

The claims would be approved by senior officials rather fast, and with no questions asked, prosecutors said.

Ann, Lucy, Phyllis and Jeremiah Ngirita have been charged with conspiracy to commit corruption, fraudulent acquisition of public property and money laundering.

All 35 individuals, while facing unique charges specific to their alleged role, are also facing a common count of conspiracy to commit corruption.

But Lucy Ngirita is facing three counts of conspiracy to commit corruption, since she has been charged in her personal capacity and as the owner of Waluco and Ngiwacho enterprises.

The hardest-hit suspect is Ms Omollo, who is facing 12 counts of abuse of office and one count of conspiracy to commit corruption, which saw a nondescript family earn Sh226,945,258 without breaking a sweat.

Former NYS Director-General Richard Ndubai is facing one abuse of office count and one of conspiracy to commit corruption.

In the first of what could be many criminal cases against NYS suspects, prosecutors argue that the 31 former public servants conspired to release Sh226.9 million to the Ngiritas in four tranches between April 2016 and April 2017.

In the charge sheet, it is claimed that NYS employees Keziah Wanjugu Mwangi, Isaiah Adalo, Stella Korir, Timothy Rotich and Jackson Juma made false entries in the institution’s counter requisition and issue vouchers to indicate that the Ngiritas had supplied goods.

The court filings do not specify what position the five employees held at NYS, but alleged that Ms Mwangi, in some instances, forged store ledgers and stock control cards to show that the Ngiritas had supplied goods.

Counter requisition and issue voucher are documents used to show that a demand has been made for payment related to goods already supplied by a particular individual or institution.

After books had been manipulated, the inspection and clearance committee would confirm that goods had been received.

Investigations show that former NYS boss Mr Ndubai made a transfer of Sh7 million to CMC Motors on October 7, 2016.

Immigrant Population In US Reaches Highest Percentage In A Century