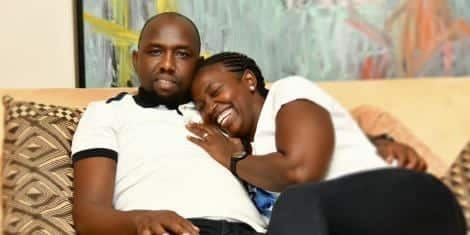 Politicians are among the most influential and famous personnels around. Despite this, some well known politicians have managed to keep a low profile about their family whereas for others, their spouses and children are well known to the public limelight. A notable example is Elgeyo Marakwet Senator Kipchumba Murkomen who is amongst the most vocal politicians both in the senate, the ground and in his verified Social Media accounts The Deputy President William Ruto’s ally has also rocked because of his love for football as he is a well known Manchester United fan. Well, Murkomen is also married and has been time again expressed how he has never regretted the lady he chose to marry. The former leader of majority in the senate is married to Gladys Wanjiru Kipchumba. The two are said to have met in the year 2000 when both of them were comrades in the School of Law, University of Nairobi Gladys and Murkomen stayed in for courtship for 9 good years before they decided to tie the knot. This is despite the fact that Gladys was well off financially and by far unlike Murkomen who was new to the city. Through an interview with Comedian Jalang’o mid this year, Murkomen went further to confirm this saying that Gladys is the one who bought him his first car. This was after school when Gladys was lucky and got a very luxurious job despite his Murkomen who was still looking for a job. The Kenyan woman Wambui Gichobi who have traveled to 49 countries

Former US Ambassador to Kenya, Scott Gration, SPEAKS OUT

VIDEO:Man’s attempt to break up with his girl friend turns chaotic

DEVOTION:IT IS THE HOW FIRST, THEN THE WHAT!

Ruto’s ICC trial adjourned due to availability of key witnesses

“Kenyan” Arrested Over Murder of US Woman in Qatar