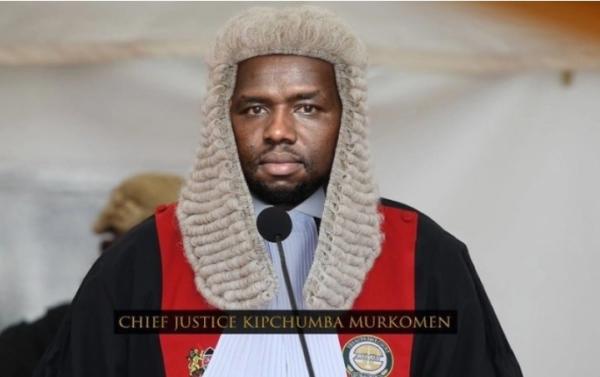 Through his twitter account, the outspoken Senator posted a photograph of himself wearing the horsehair wig and a colorful gown commonly worn by the High Court judges.

The photograph had the writings ‘Chief Justice Kipchumba Murkomen’ and the senator accompanied it with the caption ‘One Day!’.

This however attracted reactions from his followers with some passing encouragement messages while others ridiculed the post.

Senator Murkomen has been at the forefront in supporting a William Ruto Presidency and some saw this post as a clear prediction if the Deputy President was to get the top job come 2022.

Despite the legislator having a Law Bachelor’s degree, others went ahead to question whether or not he will have met the requirements to become Chief Justice by then.

The question of neutrality was also raised since the man is a politician and has already picked a side to support which would bring about a conflict of interest if he becomes Chief Justice.

Since Kenya became a republic in 1964 there has never been a politician turned Chief Justice.

South African chef ‘too fat’ to live in New Zealand