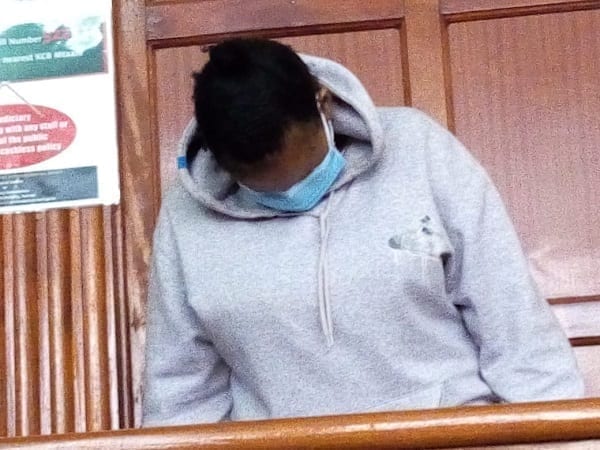 The secondary school teacher who was with Machakos Senator Boniface Mutinda Kabaka in a city hotel, the night he collapsed and ended up under intensive care, will be charged with attempted murder.

However, a court heard Monday that the charge against Esther Nthenya Muli may be aggravated to murder given Mr Kabaka is still in a critical condition at the Nairobi Hospital.

Milimani Senior Principal Magistrate Daniel Ndungi declined a plea by a defence lawyer for Ms Muli, 45, to be released on bail.

Ms Muli, who lives in Wote Township and teaches at Mathemba Secondary School, will be detained at Kilimani Police Station for seven days to allow the investigation.

Machakos Senator Boniface Kabaka who was found with a woman…

While arguing for her release, her lawyer said she is not a flight risk and will cooperate with investigators who are seeking to establish what caused the senator to vomit after having dinner with her at Dee3 Hotel in Kilimani, Nairobi.

“She is a teacher and her residence is well known,” the lawyer added.

Police urged the magistrate to reject the plea as Ms Muli frequently visits the hotel and can frustrate investigators’ efforts to record statements from employees who are key witnesses in the case.

The court heard that the lawmaker appeared normal when he drove himself to the hotel at around 2pm on December 3.

Mr Matete said he booked a room and that the woman joined him at around 3pm.

“They ordered food and drinks by telephone and were offered room service,” he told the court.

The police officer said that at about 12:46am, hotel staff were informed that the lawmaker had vomited and collapsed.

He was rushed to Nairobi Hospital, where he underwent an urgent surgery to improve his condition.

Mr Matete sought permission to detain Ms Muli for seven days, “given the matter is of great public interest”. He also said she will abscond if released considering the severity of the penalty should she be convicted.

The offence of attempted murder carries a life sentence.

In his ruling, Mr Ndungi said, “This is a matter of great public interest given that the victim is the sitting senator of Machakos County.”

Mr Ndungi further said the defence did not produce evidence to prove Ms Muli is a teacher.

He also noted, however, that Ms Muli is not at risk of losing her job as learners at home due to the Covid-19 pandemic.

The magistrate also said the period police requested is not long and that Ms Muli has not produced a tenancy agreement to show she lives in Wote.

The suspect will return to court on December 14.