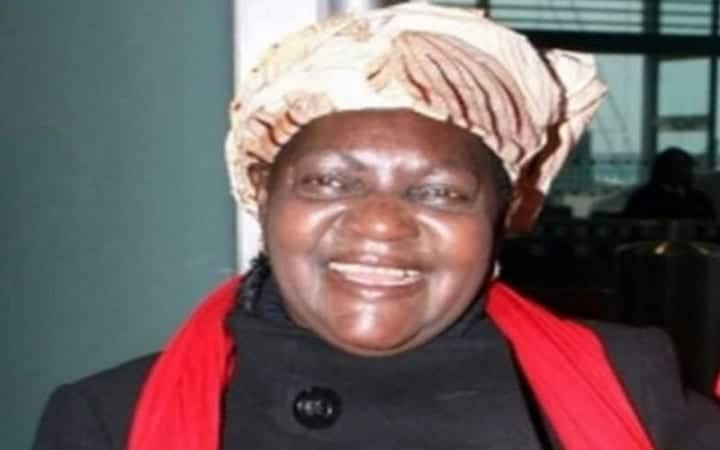 The body of Mama Grace Keziah Aoko Obama, step-mother of former United States President Barack Obama, has arrived in Kenya ahead of her burial in Nyang’oma Kogelo, Siaya County, on Saturday.

Mama Keziah was the mother of Malik, Auma Obama, Bernard Sadik Obama and Mustapha Abo Obama, who was with her when she died.

According to Malik, the family received information about the death of the matriarch in London which happened after a long battle with diabetes. Her death was also attributed to old age.

The family recently lost Mama Sarah Obama, who was the former US President’s grandmother. The family matriarch died at a Kisumu hospital on March 29.

Malik said the two deaths have united the family even more. He described his mother as a loving but no-nonsense woman.

The 78-year-old died in the United Kingdom on April 13, about two weeks after she had been hospitalised.

A diplomatic row between Kenya and the United Kingdom about two weeks ago resulted in travel restrictions by both nations, hence the delay in the arrival of Mama Keziah’s body.

The Obama family had appealed to the government for help in transporting the body to Kenya.

Mr Said Obama, Malik’s uncle, noted that due to the delays, it was impossible for the family to bury Keziah according to Islamic rites.

Under the United Kingdom’s new restrictions, all travellers who have set foot in Kenya 10 days before their trips will be denied entry to England.

British, Irish, and third-country nationals with residency rights will be allowed to enter the country but will be required to self-isolate in a government-approved hotel or quarantine facility for 10 days, at their own expense.

The Kenyan government hit back, saying all passengers originating from or transiting through UK airports will spend 14 days quarantining at government facilities.

A KENYAN MAN HAS PASSED AWAY IN LEICESTER, UK

VIDEO: Kenyans among Africans Banned from Hotels in China’s Guangzhou