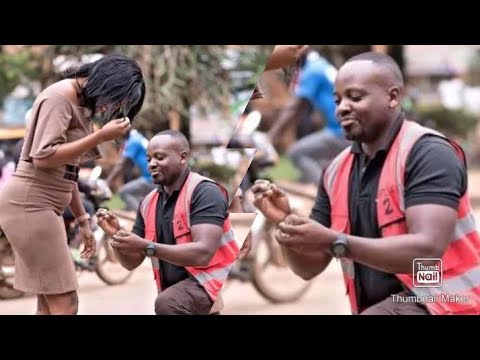 Ugandan Man Blocks Traffic on Highway to Propose to Girlfriend

Ugandan Man Blocks Traffic on Highway to Propose to Girlfriend 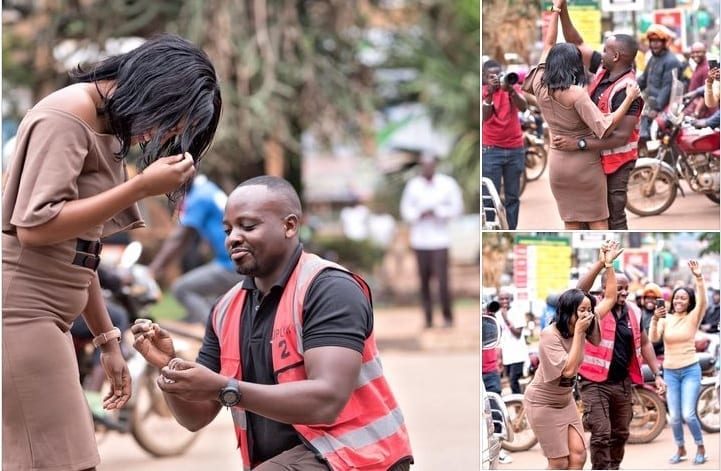 A Ugandan man identified as Sams Kaggwa amazed many on Friday, April 2, when he blocked traffic on the busy Entebbe Road to propose to his girlfriend.

In a video shared by NTV Uganda, the romantic man could be seen talking to his lover in the middle of the Entebbe–Kampala Expressway after stopping several cars on the highway.

Kaggwa then went down on his knees and popped the big question asking for the lady’s hand in marriage. The woman was caught by surprise and was overwhelmed by happiness by the man’s act. After dilly-dallying, she eventually said yes to her man, who put a ring into her finger as their friends joined them in celebrating the lovey-dovey.

His proposal, which went viral, saw many netizens praise the man for his idealistic gesture. Here were some of the reactions sampled by TUKO.co.ke. @Pliam_ said:

“This is the best thing I have seen today. Good luck to them.”

Butayi Julius commented: “I love that, and I think that’s the strategy I’m will apply too.”

Anita Ahebwa added: “This is the sweetest thing I have seen on my timeline today. Wishing them all the best.”

Kenyan Politics:Winners and losers of 2013